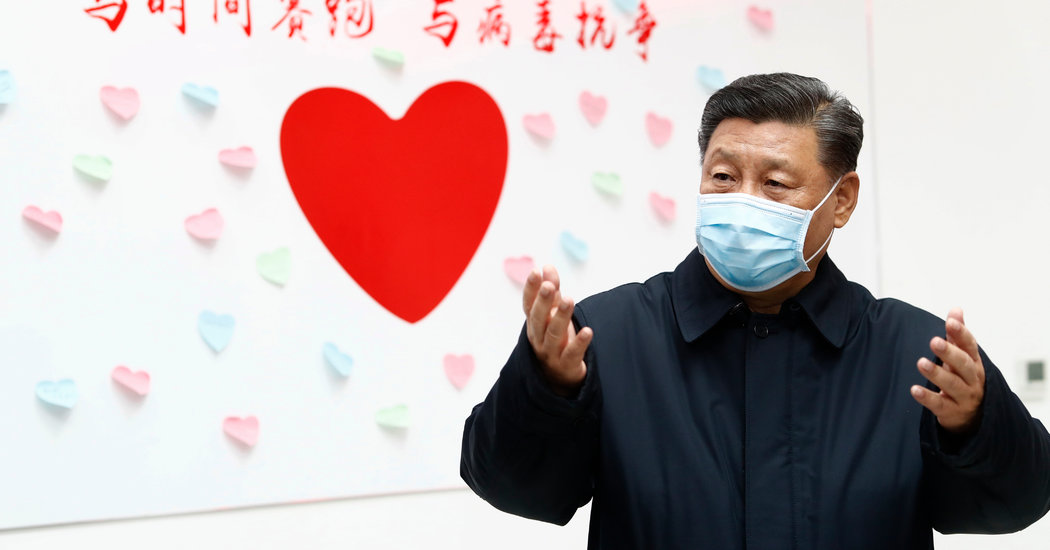 Many times in many countries, political leaders have tried to censor health officials and play down the risks of infection just as epidemics approached.

This strategy has almost never worked, historians and former health officials said. And ultimately, if there are more deaths than leaders blithely predict, it destroys the reputations of the leaders themselves.

This week’s efforts to reorganize the Trump administration’s chaotic response to the coronavirus outbreak risk falling into that pattern. The White House will coordinate all messaging, the public was told, and scientists in government employ will not be popping up on television talk shows, saying whatever they think.

That may not be a winning strategy, experts warned. The stock market reacts to rumors, and the Federal Reserve Bank may succumb to political pressure. But pathogens, like hurricanes and tsunamis, are immune to spin.

As they bore into communities, how many people in their path survive usually depends on whether a country’s leaders can correctly read early warning signs, muster an intelligent response and adroitly adjust their tactics if the threat changes.

For that to happen, medical expertise must outweigh campaign messaging. China has already experienced the consequences.

Initially, officials in Wuhan — the city at the epicenter of the coronavirus epidemic — claimed that the new lethal pneumonia associated with a seafood market there was not jumping from person to person.

When that was exposed as a lie, local officials arrested and threatened the first doctors to expose it. As hospitals were mobbed, large numbers of Wuhanese began dying, and cases began cropping up in other cities.

Beijing tried to play down negative news in state-controlled media. As a result, a population that normally does not dare criticize its leaders began doing so — loudly.

Finally, stung by the outcry, President Xi Jinping asserted that he had been in charge all along, although critics noted that the initial response was inept.

Something similar may happen in the United States, now that the virus has reached these shores.

Fighting epidemics is often likened to war. It is best led by generals with combat experience and deep understandings of military history. During crises, when the public seeks trustworthy leadership, the leader’s bearing and credibility matter.

The awkward bickering over who was in charge that ended Mr. Trump’s first news conference on the coronavirus was the exact opposite of what was needed, experts said.

So is the confusion about whether the vice president’s office will filter messages, or to what extent Dr. Deborah L. Birx, who was until recently the country’s global AIDS coordinator, will be allowed to lead.

Dr. Birx has long experience as a clinician in Africa, and directs the President’s Emergency Plan for AIDS Relief, which dispenses billions of dollars.

But she is not a familiar public figure and has no history of working with the hundreds of state and local health departments that will provide the front-line troops for the fight.

“It’s crucially important that experts tell the public what they know and when they know it,” said Dr. Thomas R. Frieden, a former director of the Centers for Disease Control and Prevention.

“That’s the only way to earn and maintain the public trust that is essential to work together as a society and fight an epidemic.”

On Friday, the president of the Service Employees International Union, which represents two million health care workers, accused Mr. Trump of jeopardizing its members’ health by playing down the epidemic’s severity.

Medical groups decried the idea of muzzling or sidelining scientists.

“Introducing a political sieve between the scientists and the public undermines the public’s right to know the truth about the health threats they face,” said Dr. Keith Martin, executive director of the Consortium of Universities for Global Health.

In early 1918, said Dr. Howard Markel, a medical historian at the University of Michigan medical school, President Woodrow Wilson told his own staff to keep silent about the devastating flu then striking the American military.

“They were taking precautions like wearing masks, but he ordered them not to talk about it,” Dr. Markel said. “But it was spreading so fast that attempts to cover it up were just silly.”

That pandemic became known as the Spanish flu — even though it first hit the American, English, French and German armies in Europe — because war correspondents were subject to military censorship. Reports of widespread deaths of young soldiers were considered bad for morale.

In neutral Spain, newspapers were free to report deaths on the front pages.

But word leaked out, and ships from Hamburg, a major port, became suspect and were refused entry when they tried to dock in the United States.

During the early 1980s, a mysterious illness appeared: Its victims slowly wasted away and died despite all attempts to save them. No one knew the cause, how it was transmitted or who, if anyone, was safe.

Because it struck hardest at groups who initially had no political power, including gay men, hemophiliacs, heroin users and Haitians, President Ronald Reagan for years did not even acknowledge the outbreak of what was first called Gay-Related Immune Disease and ultimately Acquired Immune Deficiency Syndrome, or AIDS.

But public health officials in cities like San Francisco were forced to confront it — and they realized that they had to institute policies that would mean asking victims extremely intrusive questions, including their sexual orientation and the names of all their sexual partners.

“Can you imagine what would have happened if people thought that everything I was saying was first politically vetted?” said Dr. Dean Echenberg, who was then director of disease control for the city’s health department, and held almost daily news conferences.

“It was very difficult to be trusted as it was,” he said. “Providing information about the disease was as important a tool in control for us as testing and contact tracing.”

Asked if he had ever been asked to suppress or tailor a health message, Dr. Frieden, who was New York City health commissioner under Mayor Michael R. Bloomberg before running the C.D.C., replied: “Never. Never when I worked for Mike. Never on Ebola. Never on the flu pandemic. And never over the stock market.”