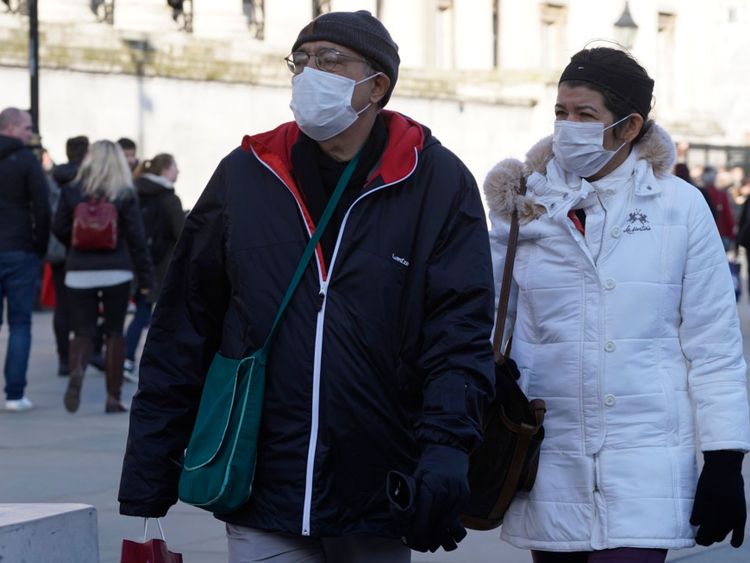 The United Kingdom now has 19 confirmed cases of the new coronavirus after Wales identified its first case and two new cases were found in England, health authorities said on Friday.

“The total number of UK cases is 19,” the health ministry said.

The new coronavirus which emerged in Wuhan, China, in December has infected tens of thousands of people.

The chief medical officer has warned that sports events and concerts may have to be cancelled and schools closed for more than two months if the UK is hit by coronavirus, according to a report in The Guardian.

Prof Chris Whitty said the country should prepare to face disruption to many normal activities “for quite a long period” and to pay a heavy “social cost” for efforts to thwart the virus.

The NHS may have to cancel planned operations during the peak of a major outbreak to free up beds and staff for patients with coronavirus, he said, adding that the service would find it “quite tricky” to deal with a huge increase in the number of cases, according to the report.

If sport is affected, that could pose problems for major events, such as the closing stages of the Premier League season and rugby’s ongoing Six Nations tournament.

Northern Ireland on Thursday confirmed its first case of coronavirus.

Northern Ireland’s chief medical officer Michael McBride told journalists that the patient, the first confirmed case on the island of Ireland, had travelled from Italy via Dublin Airport. Authorities in the Republic of Ireland have been informed of the patient’s movements, he said.

– with inputs from agencies