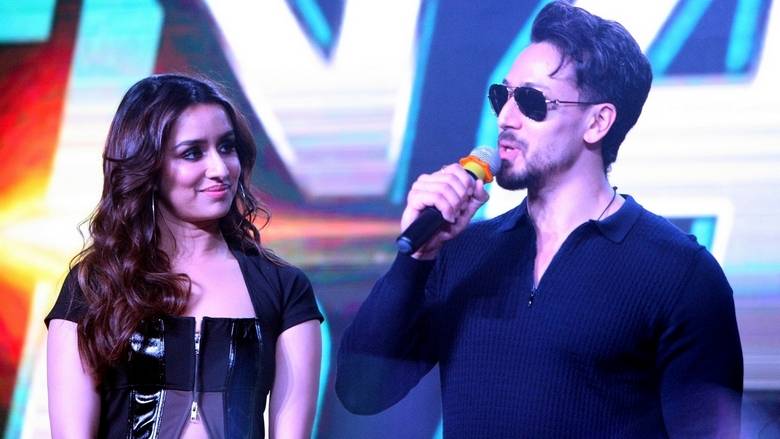 Dad Jackie, best known for 1983’s Hero among other pictures, then took to the stage to greet the crowds. He used the platform to encourage young ones in the audience to keep an eye on their wellbeing.

THERE ARE CERTAIN arenas into which the Bollywood industry feels obliged or perhaps even compelled to expand. Fashion and retail seem logical – stars sell clothes and perfume like no other. Property, especially in this region, often sees a familiar face pop up on the billboards, all gleaming smiles whilst surveying the latest development. However, it is arguably the sports world which witnesses the most fervent investment of both time and money from the Hindi film collective. The Indian Premier League, for example, would have undoubtedly been a success either way, but was given more than a helping hand in its nascent stages by the likes of Shah Rukh Khan and Preity Zinta heading teams.

The latest athletic endeavour to receive the Tinsel Town treatment, Mixed Martial Arts, arrived on UAE shores on Friday night. Helmed by the Shroff movie dynasty, Tiger and sister Krishna launched their Matrix Fight Night franchise in Dubai at the Al Nasr Sports Club over the weekend in the company of veteran actor father, Jackie. Tying up with the promotional campaign for Tiger’s upcoming action film, Baaghi 3, the evening also saw co-stars Shraddha Kapoor and Disha Patani in attendance.

Matrix Fight Night (MFN) has enjoyed three editions in India and made its Emirates debut following much the same formula. An all-Indian line-up of 14 MMA fighters comprised the bill, with two female competitors in the mix an incredibly welcome highlight. The Rashid Bin Hamdan Hall had in its centre an octagonal cage where pairs were tasked with battling until winners in the various weight categories where unearthed.

“I feel very blessed and very grateful that we were able to bring women to this level,” Krishna Shroff said before the bouts began. Krishna took up practicing MMA as a result of her brother’s much talked about fitness levels and together the two own a chain of Mumbai gyms called MMA Matrix.

Dad Jackie, best known for 1983’s Hero among other pictures, then took to the stage to greet the crowds. He used the platform to encourage young ones in the audience to keep an eye on their wellbeing.

“I feel health is everything,” he said. “The little children here should know: focus on your breath, children. Keep your health and practice sports – keep disciplined.”

The first MFN match-up between Pawan Goyat and Sumeet Khade commenced shortly after. An edgy beginning developed into a more entertaining flurry of kicks and punches with Goyat mostly on the receiving end. Around 90 seconds passed before Khade delivered a literal knockout blow. On the advice of the ringside medical practitioner, Goyat was stretchered out.

“I’ve never, ever, ever seen something like this happen live,” was Shraddha Kapoor’s response to the incident when she arrived on stage after the commotion had died down. Kapoor reprises her role as Sia in Baaghi 3 who was last seen in the series’ first installment.

‘Baaghi’ translates to ‘Rebel’ in English. Star Tiger insisted the real rebels on Friday were the fighters, countering his brief trips to the UAE are always pampered in comparison to their MMA ordeal.

On the movie, Tiger said: “It’s a beautiful story it has some great emotion.”

In response to a question concerning the Baaghi universe’s future, he said whilst pointing at the cheering auditorium, “It (Baaghi 4) will only happen if they want it to happen.”