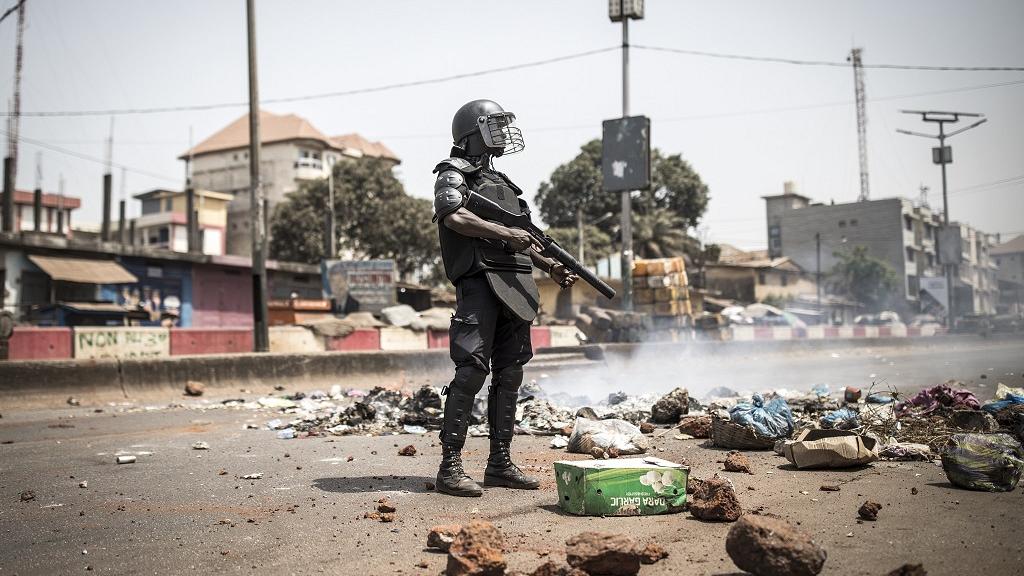 We will continue the struggle until this crime is completely removed from the new constitution.

The opposition is demanding cancellation of the constitutional referendum postponed by President Alpha Condé. The legislative and referendum were initially scheduled for Sunday.

Guinean opposition supporters have set up barricades in the suburbs of Conakry and thrown stones at the police, who retaliated with tear-gas, according to journalists.

“We will continue the struggle until this crime is completely removed from the new constitution,” said opposition leader Cellou Diallo.

President Condé announced via state television Friday evening that he had agreed to postpone the election date by two weeks.

He assured that “the people of Guinea will freely express their choice through the referendum and freely choose their law makers”.

In a letter to ECOWAS, President Conde said the electoral commission “will refer the matter to the Constitutional Court to set a new date.”