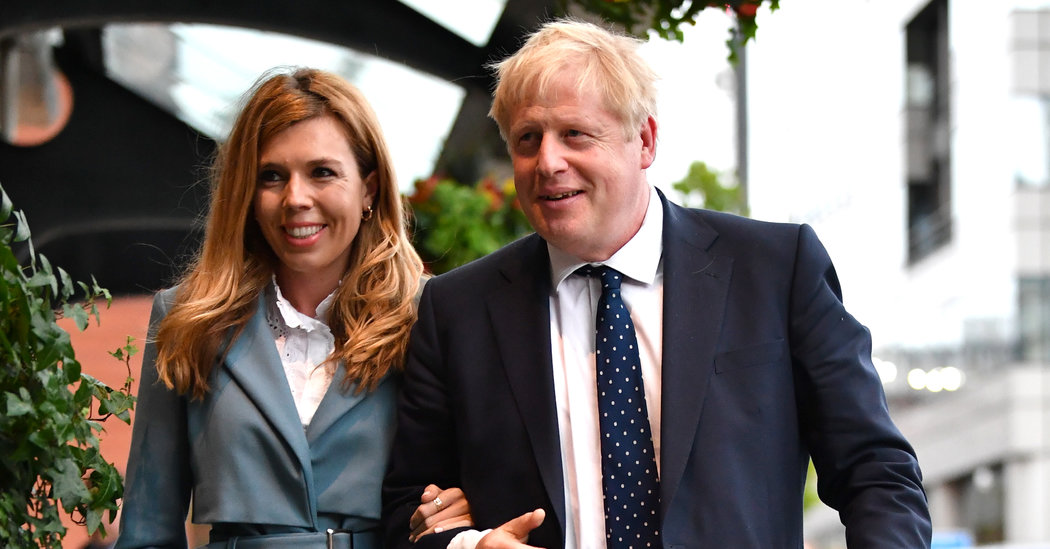 LONDON — Of all the glad tidings that Prime Minister Boris Johnson promised would flow from Brexit, one of the most far-fetched was a baby boom. But at least in his own case, Mr. Johnson has actually delivered on that pledge.

The 55-year-old prime minister and his partner, Carrie Symonds, 31, said on Saturday that they had become engaged and were expecting a child in early summer. A spokeswoman for the couple told the BBC they were “very pleased” to share the news.

Mr. Johnson will be the first prime minister since Tony Blair to have a child while living in 10 Downing Street. Mr. Blair and his wife, Cherie, had a son, Leo, while there in 2000.

Mr. Johnson and Ms. Symonds were the first unmarried couple ever to move into the prime minister’s residence. The child will be the first for Ms. Symonds, a former communications chief for Mr. Johnson’s Conservative Party.

For the twice-married Mr. Johnson, whose private life is as untidy as his appearance, news that he is again becoming a father inspired a fit of good-natured humor on social media. With four children from his second marriage and possibly at least one from an extramarital relationship, the exact number of Mr. Johnson’s progeny remains somewhat mysterious.

During a radio interview in 2019, Mr. Johnson declined to say how many children he had. He also deflected a question about whether he and Ms. Symonds, with whom he had been romantically linked since last year, planned to start a family.

But he waxed enthusiastically in another interview about the beneficial effects that leaving the European Union would have on Britain’s birthrate. He predicted that Brexit would bring a surge in births similar to what he claimed happened when London hosted the Olympics in 2012, when he was the city’s mayor.

“Cupid’s darts will fly once we get Brexit done,” he said in an interview with the Sunday Times of London last year. “Romance will bloom across the whole nation. There was one after the Olympics, as I correctly prophesied in a speech in 2012.”

A report by the Office of National Statistics appears to cast doubt on the claim. Births in England and Wales fell 4.3 percent in 2013, the year after the Games.

Sajid Javid, who was pushed out of his job as chancellor of the Exchequer by Mr. Johnson this month, was among the first to congratulate the couple.