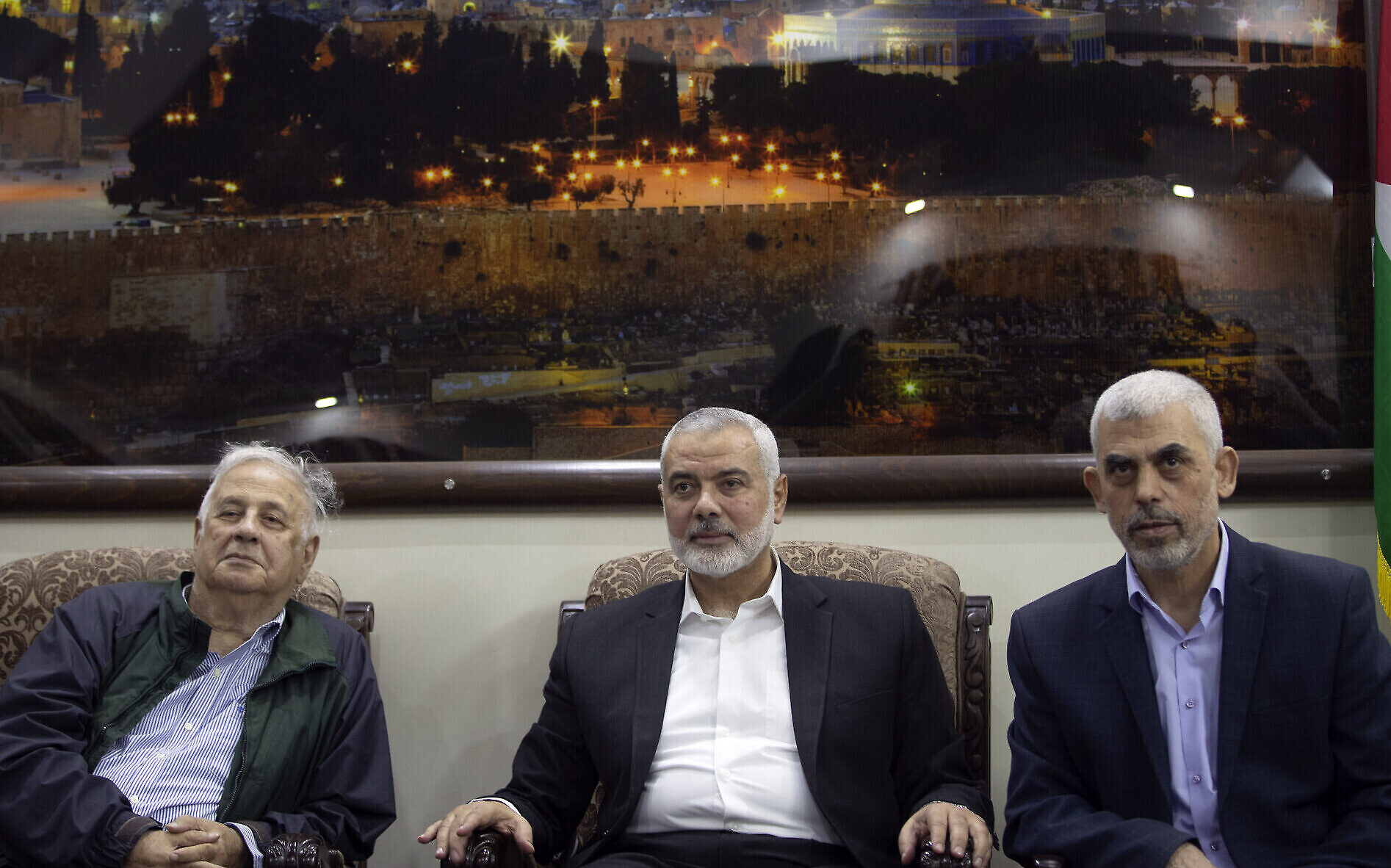 The return of Qatar to the political scene, especially regarding Israel and Hamas, confirms Hamas’ defection from the PA.

The world today — including some Arab countries — is searching for a solution to the Palestinian issue that would serve the interests of the Palestinians and all the peoples of the region. Solutions that achieve peace must be based on clear foundations and agreed methodologies, the first of which is the Arab Peace Initiative, which was first presented by Saudi Arabia at the Arab League summit of 2002.

However, there are countries that get involved in the Arab-Israeli conflict and promote work that is in the best interests of the Palestinians on the surface, but ultimately serves Israel and its interests more. Specifically, it makes the Palestinians themselves separated. These countries are Iran, Qatar and Turkey, which magnify the Palestinian dispute and support Hamas over the Palestinian Authority (PA) to weaken the latter’s political position in international forums. Their actions are even supported by Israel. In fact, Yossi Cohen, the head of Israel’s Mossad intelligence agency, recently visited Qatar to request Doha’s continued support for Hamas.

Qatar has periodically provided millions of dollars in cash to Hamas to pay for the Gaza Strip power plant, allow the group to pay its civil servants, and provide aid to tens of thousands of poor families. According to reports, in the years 2012 to 2018, Qatar transferred more than $1.1 billion to Gaza with the approval of the Israeli government. Israel allows this in exchange for Hamas ensuring calm in the south and as part of efforts to reach a long-term cease-fire with the group.

Cohen’s visit to Doha can be considered in the context of calm talks between the Palestinian factions in the Gaza Strip, and the fact Qatar plays a major role in this process. Both Cohen and Herzl Halevi, the Israeli military’s chief of southern command, traveled to Qatar via Jordan in a private plane that left Ben Gurion Airport near Tel Aviv on Feb. 4 and returned less than 24 hours later.

Although Qatar supports Iran, Hamas and the Muslim Brotherhood, Israel maintains close relations with it through the Qatari envoy to the Gaza Strip, Mohammed Al-Emadi. It was Israeli Prime Minister Benjamin Netanyahu who asked Cohen to travel to Qatar and ask Doha to continue supporting Hamas, according to former Defense Minister Avigdor Lieberman.

The return of Qatar to the political scene, especially regarding Israel and Hamas, confirms Hamas’ defection from the PA, deepening the Palestinian political crisis because it gives a justification for Israel to evade any peace plan or initiative that insists on the PA being the sole representative of the Palestinians.

In this way, the Hamas-PA conflict, which does not serve the Palestinian cause, continues. Hamas insists it is the troubled party in the Palestinian equation, but the fact is the group is unable to achieve any victory. Rather, it carries out nothing more than provocations, to which Israel responds with more attacks and which are paid for by the simple civilians.

Hamas’ defection from the PA and the role that it plays in the conflict guarantees that it will be funded by Qatar and that Israel will benefit. Israel is also given intelligence through Qatar and Hamas members, who monitor everyone who threatens Israel’s security. There are many agreements under the table that primarily serve Israel.

Paradoxically, Qatar continues to promote, through its Al-Jazeera TV channel, that it stands with Palestine and the Palestinian cause. But we all know that Qatar, Turkey and even Iran do not really want to provide anything real, other than slogans, to Palestine. Indeed, Tehran is today present on the borders of Israel but has not provided any effective assistance to the Palestinians; nothing more than slogans, which will not change anything on the ground.

Disclaimer: Views expressed by writers in this section are their own and do not necessarily reflect The Daily Middle East’ point-of-view