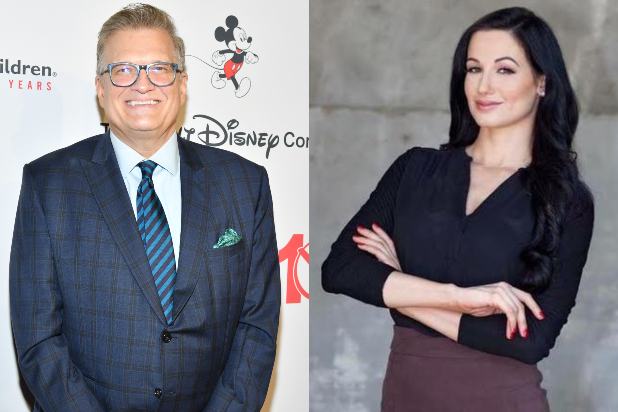 He shared a touching video on Twitter to pay her tribute.

Comedian Drew Carey shared a touching tribute to his ex-fiancé Amie Harwick, who died on Saturday in a suspected murder case.

“I hope you’re lucky enough to have someone in your life that loves as much as she did,” Carey writes in the Tweet, along with a holiday picture of them together.

According to CNN, Harwick, 38, was found unresponsive and ‘gravely injured‘ under a third-story balcony at her home in Los Angeles. She was transported to a hospital, but succumbed to her injures.

LAPD officers were reportedly responding to reports of ‘woman screaming’ in Harwick’s neighborhood before they found her.

Harwick’s ex-boyfriend, Gareth Pursehouse, 41, was arrested Saturday afternoon in connection with the case and is being held on a $2 million bail, according to jail records.

Police said Harwick had recently expressed fear for her safety due to a former boyfriend and had previously filed a restraining order against him.

“Amie and I had a love that people are lucky to have once in a lifetime,” Carey said in a statement.

Carey, 61, was engaged to Harwick, a well-known Hollywood therapist, in 2018, but the couple broke up less than a year later.

“She was positive force in the world, a tireless and unapologetic champion for women, and passionate about her work as a therapist. I am overcome with grief.”