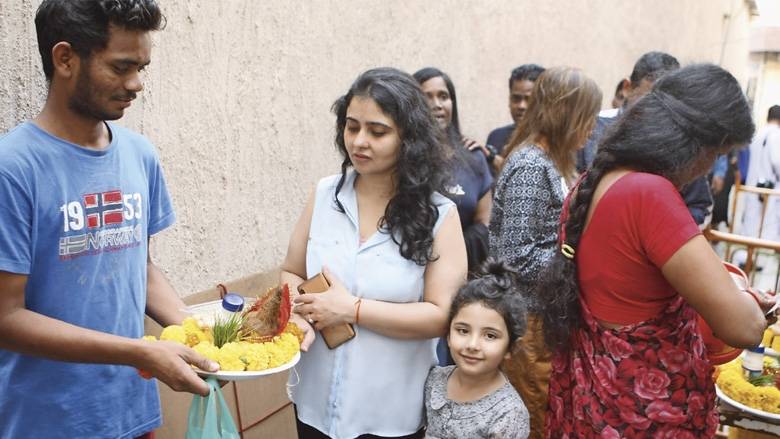 The temple is preparing to celebrate the Hindu festival of Mahashivratri.

Following the fire that gutted a novelty shop below the Hindu temple in Bur Dubai early on Monday morning, the temple reopened its doors to devotees at 6pm on Tuesday.

Indian businessman and temple caretaker Vasu Shroff told Khaleej Times early on Tuesday: “The temple will reopen today at 6pm. Electricity and water supply to the alleyway has been restored.”

He confirmed that the temple has suffered no damage and only two shops were damaged in the fire that was caused by the short circuit in one of the shops. “The temple is on the first floor, and these two shops were on the ground floor. There were some of the temple staff who were living on the floors above the shops and they were immediately evacuated,” said Shroff.

The temple is preparing to celebrate the Hindu festival of Mahashivratri, where at least 60,000 devotees are expected to visit during the course of the festivities until Friday.

Other shop owners and residents in the area expressed their relief following the incident. “For many shops in the area, the temple is a huge source of income. We are very thankful that the authorities were able to act quickly,” a flower shop proprietor said.