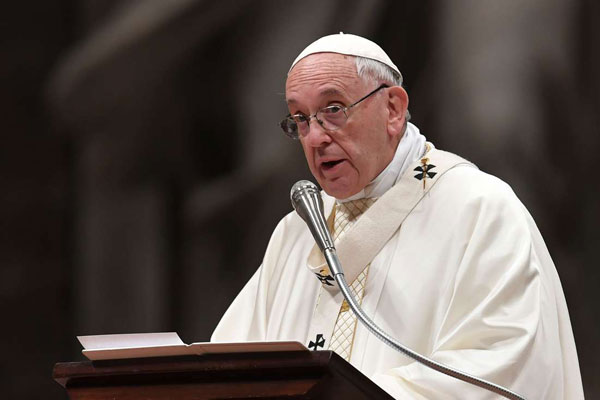 The Catholic Church has maintained priestly celibacy since the 11th century

In quashing the idea of married priests in the Amazon, Pope Francis has appeased traditionalists while disappointing progressives who had hoped for a historic turning point in the Catholic Church.

In his “apostolic exhortation” on the Amazon basin published Wednesday, Francis slammed the door on a progressive proposal offered by the region’s bishops during a synod on the region in October.

The synod had suggested that the way to solve a shortage of priests in the remote and inaccessible area was to allow married indigenous men to become priests.

Without even mentioning that proposal, Francis instead argued for more missionary priests in the Amazon and for women and lay people to take on larger roles, falling short of another synod idea to ordain women as deacons in the region.

The Argentine pontiff’s thoughts, coming after months of speculation and hand-wringing within the Vatican, were welcomed by some, including a vocal opponent of Francis, German Cardinal Gerhard Mueller.