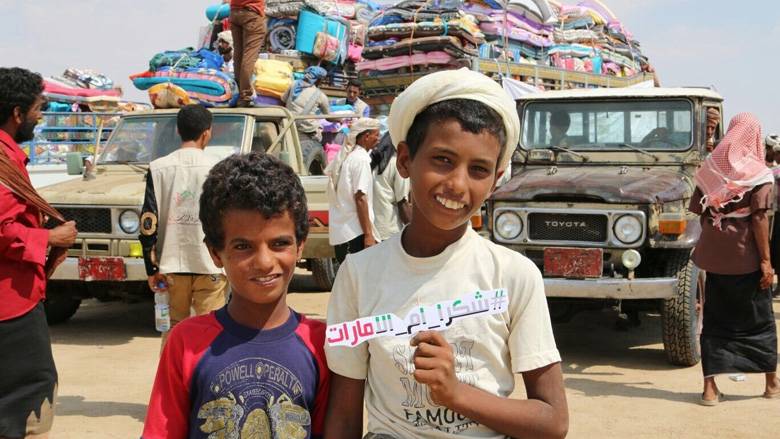 The value of assistance provided by the UAE to Yemen from April 2015 to February 2020 amounted to over Dh22 billion ($6 billion), according to the Emirates Red Crescent’s latest figures.

The assistance included rehabilitating schools and hospitals, securing energy, rebuilding airports and ports, expansion of roads and building housing units, along with other projects aimed at ensuring livelihood for multiple segments of the Yemeni people, including widows, orphans and people of determination.

Since April 2015 to date, the UAE has been maintaining positive channels of cooperation with key international and humanitarian organisations worldwide, to ensure concerted action toward all sectors and governorates of Yemen.

Featuring high in the UAE aid progamme is a financial assistance of Dh10.83 billion ($ 2.95 billion) to support public service programmes of essential importance to broad segments of Yemeni society, especially in the areas of health and education. The UAE assistance also included relief campaigns to provide food aid to the displaced and to build 1,000 houses after the flash floods and torrential rains that hit Hadramout.

In this report, the Emirates News Agency, WAM, highlights how the UAE’s development aid and humanitarian assistance supported the Yemeni people, laying particular emphasis on the health and education sectors.

Health sector: Emirati aid of Dh2.37 billion ($650 million) during the said period played a prominent role in alleviating the shortage the sector was experiencing in terms of treatment facilities and services, medicines and medical supplies, in addition to its role in containing epidemics.

The UAE contributed to establishing and rehabilitating 110 hospitals, medical centres and clinics, and providing 77 ambulances. This included the construction of a surgery center; a kidney dialysis unit; a maternity center; and two centers for treating people of determination; in addition to launching mobile clinics; rehabilitating and equipping the Republic Hospital in Aden and raising its capacity, as well as enhancing its treatment services across all specialties. By the end of 2018, the hospital handled about 946,644 cases, and carried out 15,996 surgeries.

The UAE support addressing the UAE health system also included supplying Sheikh Khalifa bin Zayed Al Nahyan Hospital in the Socotra Island with all required medical equipment; maintenance and restoration of the Irka Health Center in Shabwa Governorate; and the full rehabilitation and maintenance of Al Mokha General Hospital in the Yemeni Governorate of Taez.

Up to 12 groups of ships and planes carrying medicines and medical equipment amounting to hundreds of thousands of tonnes were dispatched to Yemen during the reference period. The number of those who received the UAE medical support reached 11.4 million; up to 14.8 million medical consultations were provided; 13 million people received immunisations; and around 3.5 million benefitted from the medical services improvement programmes.

The UAE has moved in a highly effective way to combat communicable diseases and epidemics that hit a number of Yemeni regions, playing a pivotal role in fighting cholera, especially between 2016 and 2018, by launching a large-scale campaign to combat the epidemic in 19 Yemeni governorates in coordination with the World Health Organisation (WHO). Two ships were dispatched loaded with anti-cholera drugs to Yemen and up to 18 million Yemenis benefitted from the UAE vaccination campaigns.

The UAE and Kingdom of Saudi Arabia provided joint support worth US$145 million, reaching 147 regions, through WHO.

Education sector: The UAE – through an aid amounting to AED294 million (US$80 million) – rehabilitated and restored 360 educational facilities that included schools, kindergartens and institutes, and also provided school uniforms to 120,000 male and female students, as well as school bags for 85,000 Yemeni students.

The total number of students who benefitted from the UAE education assistance until the end of 2018 reached 2,491,996.