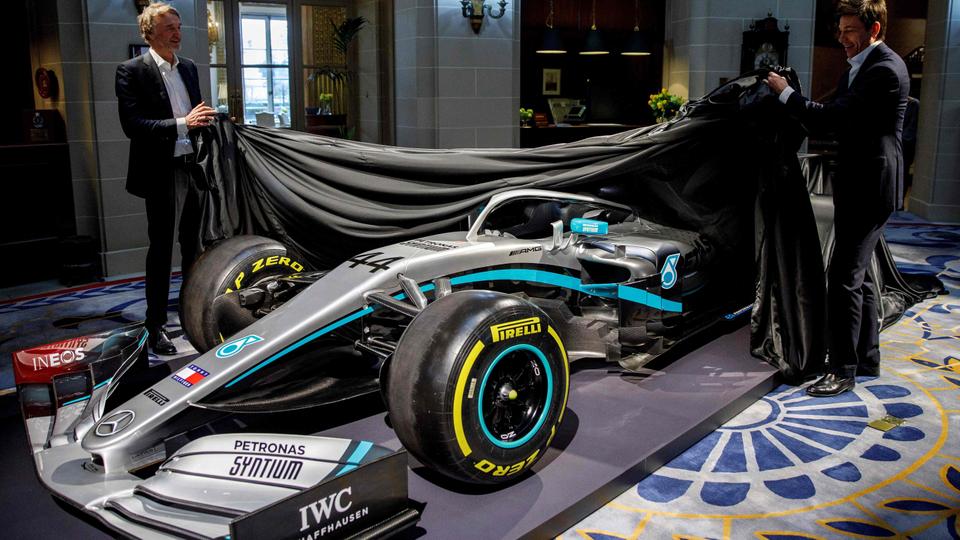 Formula One champions Mercedes sent a statement of intent about their future on Monday with the announcement of a five-year principal sponsorship deal with British billionaire Jim Ratcliffe’s petrochemicals giant Ineos.

Formula One is entering a new era in 2021 and the teams, including Mercedes, have yet to sign a new agreement with US-based commercial rights holders Liberty Media beyond this year, with some evident sticking points.

Despite that, Wolff — a shareholder in the team — sounded optimistic.

“We are in this for the long term,” Wolff told reporters at a news conference at London’s Royal Automobile Club.

“We like the platform but at the same time we are in negotiations with the rights holders and things need to be sorted out.

“But the partnership is clearly something that indicates our wish to continue our successful journey in Formula One,” added the Austrian.

Mercedes’ parent Daimler said in November it would cut at least 10,000 jobs and reduce staff costs by around $1.5 billion by the end of 2022, but Wolff said Formula One worked for the carmaker.

Ridiculing recent media reports that Mercedes were considering pulling out of the sport, he envisaged instead a time when Formula One actually made a profit for the carmaker.

“We see the data … participating in Formula One is one of the greatest returns on investment in the whole Daimler Group,” he said.

“This is an exercise that costs little in comparison to the billions of marketing value that are being generated,” he added, pointing to data that showed the average Mercedes customer was getting younger.

“We want to make it (competing in F1) a no-brainer from the sheer numbers … that the Formula One activity will be something that will be a profitable exercise, like it should be.”

Wolff pointed to successful franchises in US sports such as the NFL and NBA as the business model the sport should aspire to emulate.

“This is my personal aim and contribution with our partners to turn this into such a company so that from a Mercedes standpoint it becomes a no-brainer to participate,” he said.

Hamilton is out of contract at the end of this year but Wolff made clear his desire that the 35-year-old Briton should remain with the team, saying they were the “obvious pairing going forward.”

“We would like to have the fastest man in the car and I know Lewis wants to be in the fastest car, so there is an obvious mutual outcome,” he said.

The Ineos principal partnership is one rung below title sponsorship, with Petronas filling that role at Mercedes, and represents the latest sporting investment by a company already involved in running, sailing, cycling and soccer.

Mercedes already had a “performance partnership” with the company, working with the Team Ineos cycling outfit and Olympic yachtsman Ben Ainslie’s INEOS TEAM UK in a challenge for sailing’s America’s Cup in 2021.