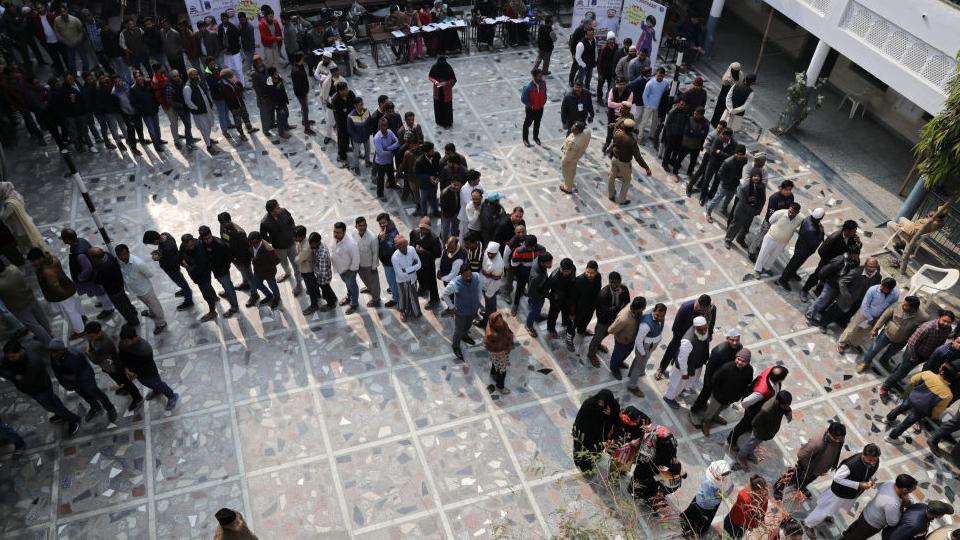 A defeat would be a setback to Indian Prime Minister Narendra Modi, coming less than eight months after he led the BJP to a resounding victory in national elections

Narendra Modi’s Bharatiya Janata Party  was facing a major defeat by a regional party on Tuesday in elections in India’s capital that were seen as a referendum on the prime minister’s policies such as a new national citizenship law that excludes Muslims.

Modi and home minister Amit Shah appealed to majority Hindus by focusing on national issues, such as the citizenship law, which triggered widespread protests, at the expense of problems facing the capital’s millions of residents.

With nearly 60 percent of the votes counted, the Aam Admi Party, or AAP, was leading in 58 of the 70 constituencies and the BJP in 12, according to the Election Commission. The Congress party, led by Sonia Gandhi, was facing a major loss.

A defeat will be a setback to Modi’s prestige, coming less than eight months after he led the BJP to a resounding victory in national elections.

The party won all seven of the capital’s parliamentary seats in those polls.

A victory would be a major boost for AAP chief Arvind Kejriwal, the 51-year-old incumbent New Delhi chief minister and anti-corruption crusader.

Kejriwal launched the party in 2012 and campaigned to rid the Indian political system and government of corruption and inefficiency.

The party’s symbol, a broom, and its promise to sweep the administration of graft struck a chord with New Delhi’s nearly 20 million people.