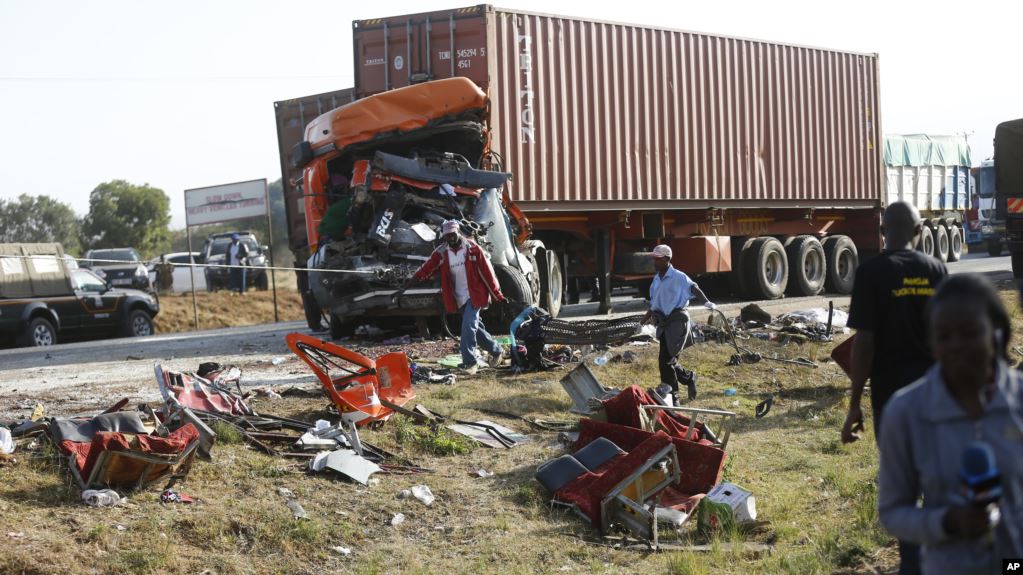 An Asian minibus driver was killed and another injured after a truck’s container fell on their vehicle on Sunday evening in Umm Al Quwain.

A source in the General Command of the UAQ Police said that the operation room received report of the accident and immediately dispatched patrol vehicles, civil defence, and national ambulance teams to the accident sites. Specialised equipment was used to extricate the people from inside the minibus.

According to the UAQ Police, the minibus driver died on the spot as a result of his injuries. His lone passenger sustained heavy injuries. The driver’s body and the passenger were both taken to the Sheikh Khalifa General Hospital.