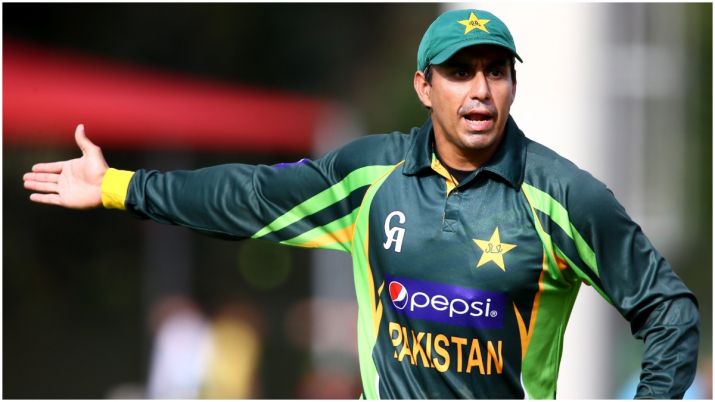 His wife has tweeted out saying she doesn’t know what to tell their children.

Manchester Crown Court has sentenced former national cricketer Nasir Jamshaid, 32, to 17 months in jail after he pled guilty to conspiring to birbe other players to spot-fix a T20 match.

According to local media, he was convicted for conspiracy and bribery, along with his co-conspirators with Mohammed Ijaz, 33, and Yousaf Anwar, 35, who received 30 months and 3 years and 4 months behind bars respectively.

Jamshaid admitted to spot-fixing international matches in 2017, following an undercover investigation by the UK’S National Crime Agency. He pled guilty in court to the same in December 2019. His co-conspirators admitted to their roles on December 2nd, 2019.

Jamshaid’s wife Samara Afzal tweeted out a statement after her husband’s sentencing, where she said she doesn’t know what to tell her children and that she hopes others learn from Jamshaid’s mistakes.

In a statement, the NCA said its investigators used an undercover officer to find out that the trio were plotting to fix elements of the 2016 Bangladesh Premier League (BPL) T20 tournament, which Jamshaid was due to play in.

Anwar and Ijaz had developed a system where a willing player would signal at the start of the match to confirm the fix was on.

The following year, the three men planned to fix the Pakistan Super League (PSL) matches being played in Dubai. In February 2017 Anwar flew out to Dubai to meet other professional players, including Islamabad United teammates Khalid Latif and Sharjeel Khan, who agreed to fix certain aspects of the match.

Before flying out to join them, Anwar was captured on CCTV purchasing 28 different coloured cricket bat handle grips. These would subsequently be used by the players as the signal to show the fix was going ahead.

The PSL fixture between Islamabad United and Peshawar Zalmi was played in Dubai on February 9, 2017. Despite Latif originally agreeing to the fix, it was Khan who entered the crease almost five hours into the game displaying the pre-agreed signal.

Khan then carried out the fix, playing two dot balls in the first two balls of the second over, before getting out leg before wicket for 0 in the third ball of the over.

On February 13, 2017 Jamshaid was arrested by NCA officers at his home, and Anwar was arrested at Heathrow Airport after flying back from Dubai. Ijaz was detained at his home in Sheffield ten days later.

Jamshaid, Latif, Khan, and a fourth player, Mohammed Irfan, were all suspended by the Pakistan Cricket Board following subsequent tribunal hearings.

In August 2018, PCB’s legal adviser confirmed that Jamshaid was banned for 10 years. Khan, who was found guilty on five accounts by the PCB’s anti-corruption unit, was slapped with a five-year suspended ban by the board.

Jamshaid played 48 one-day internationals for Pakis­tan and two Test matches from 2008 to 2015.

The International Cricket Council (ICC) signed a memorandum of understanding with the NCA three years ago to allow intelligence sharing between the two organizations.