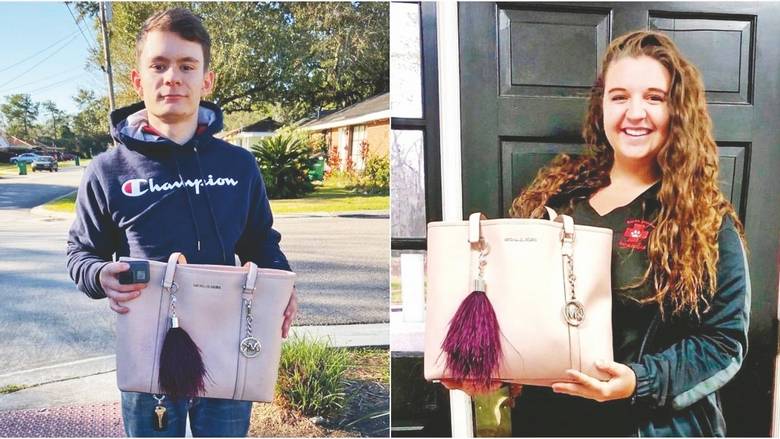 Twenty-three-year-old Saarah Yob of Florida was already having a horrible day when her purse was stolen on a trip to New Orleans.

A good Samaritan used the power of social media to track down the owner of a stolen pink purse, returning the purse – and some photos he took of New Orleans on the camera that was tucked inside – to the surprised tourist.

Twenty-three-year-old Saarah Yob of Florida was already having a horrible day when her purse was stolen on a trip to New Orleans to celebrate the College Football National Championship to be played there, The Times-Picayune/The New Orleans Advocate reported.

On the early morning trip to New Orleans, she got in a car wreck and had to rent a car.

Later that day, after hanging out with friends in the French Quarter she discovered someone had stolen her Michael Kors purse from the rental car. Later that day, James Elmes, 21, was leaving the French Quarter and spied the now-abandoned purse sitting on the curb with the camera still inside. With no identification inside the purse to help him track down the owner, he turned to the camera. He posted a photo Yob had taken of her and some friends on a beach onto Twitter on the remote chance someone would see the photo and put him in touch with the owner of the purse.

The tweet read: “I found a stolen purse in the French Quarter, New Orleans. Wallet was missing, so I have no identification. This girl has traveled all over the world … with a GoPro I found. Looking for her to return her lost memories. Help me find her.”

Within 16 hours and 800 retweets later, he’d found Yob and was able to return the purse. “Today an extremely kind soul helped me get it back. Thank you so so so much,” Yob tweeted.