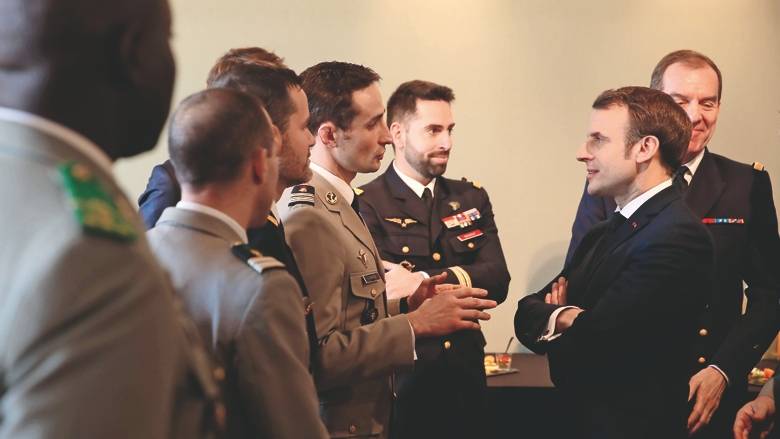 France is now the only nuclear-armed power in the EU borders.

“Europeans must realise collectively that in the absence of a legal framework, they could rapidly face a new race for conventional weapons, even nuclear weapons, on their own soil,” Macron told military officers in a speech laying out France’s post-Brexit nuclear strategy.

France is now the only nuclear-armed power in the EU borders at a time when accords on limiting the growth of nuclear arsenals appear increasingly at risk. “The vital interests of France now have a European dimension,” Macron said.

He said France had already reduced the number of its warheads to under 300, providing “the legitimacy to demand concrete moves from other nuclear powers toward global disarmament that is gradual, credible and can be verified.”

The US suggested it will not extend New START, an arms reduction treaty signed in 2010, when it expires in 2021, and both Washington and Moscow have abandoned the Intermediate-Range Nuclear Forces (INF) Treaty.

Macron warned of “the possibility of a pure and unrestrained military and nuclear competition, the likes of which we haven’t seen since the end of the 1960s”. “It’s essential that New START be extended beyond 2021,” he added.

Macron’s speech comes as a diplomatic freeze between the EU and Russia since Moscow’s annexation of Crimea from Ukraine has rekindled fears of fresh conflict along Europe’s eastern flank.

France has broken with some EU nations by reaching out to restore dialogue with President Vladimir Putin, who controls the world’s largest nuclear arsenal.

“There can be no defence and security project for European citizens without a political vision that seeks to progressively restore trust with Russia,” Macron said.

For now, Europe’s long-term security was reliant on a strong alliance with the US, the president said, but “our security also depends, inevitably, on a greater capacity for autonomous action by Europeans,” who must step up their military spending.