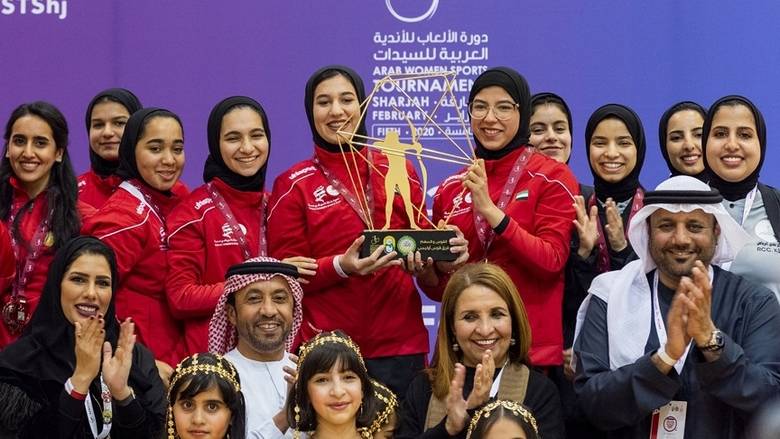 In the Individuals Olympic round, Bahrain clinched the gold as well as bronze medals, by Mariam Issa Najm and Sara Marzouq, respectively. The silver was claimed by Iraqi archer Rand Al Mashanadi.

The Syrians bucked up after a weak start in their debut game and almost snatched the first set from the Jordanian club. The first game ended 25-21.

However, the Syrian fought back to win the second game 25-19. The third game was thriller to the last minute with Jordan’s De La Salle Club taking the game into two extra sets before finally edging the Syrian team 25-23.

Taldara Club regained control as they drew level by winning the next game 25-22. However, De La Salle Club went into a full-throttle and wrapped up the final game 15-1 to seal the match.

The Jordanian team will face off with Bahrain’s Al Ahli Club on Friday.

Meanwhile, the inaugural table tennis competitions held on Tuesday pitted five clubs against each other in two rounds of matches held at SWS.

Kuwait’s Sheikha Adnan won their club’s only match, finishing her game against Binyamena Khawla 3-0. However, Kasasi Kateba cemented her club’s achievements by winning her next match 3-0 against Monwa Al Shemari. The final game result was 3-1 for Algeria’s Association des Sports Féminins.

Meanwhile, Sharjah Women’s Sports Club lost 1-3 against Bahrain’s A’Ali Club. However, in the second round, they secured their first win against KSA’s Green Jeddah Club, with a final score of 3-0.