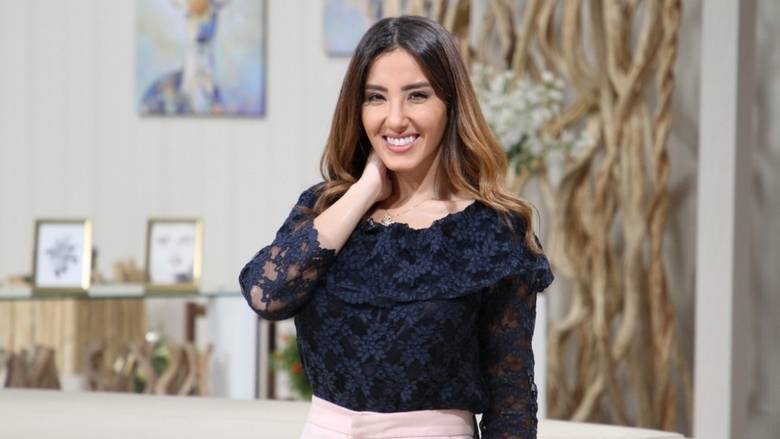 She will present from the Academy Awards red carpet

HAVE YOU EVER dreamt of attending the Oscars? Who hasn’t at least once thought of walking that famous red carpet with the cameras flashing and million-Watt smiles as far as the eye can see? For Jordanian radio presenter, Leen Al Halawani, such flights of fancy are about to become reality. The 28-year-old has won OSN’s TV competition to co-host the network’s red carpet coverage of the Academy Awards on Monday, February 10, alongside fellow RJ, Dubai’s Kris Fade.

As an official broadcaster of the Academy Awards, OSN has had a presence on the red carpet for the last five years. For this edition, however, they took things to the next level by creating a reality show offering a once-in-a-lifetime prize to aspiring presenters: the chance to head to LA to report on all the action live from Tinseltown.

The weekly Live The Oscars programme saw Al Halawani participate in a bootcamp phase that featured an elimination task to select the final three. This was followed by the training phase hosted by OSN experts. Al Halawani was announced as the winner on Friday’s show and the next episode will cover her journey to America and preparation ahead of the big night with the final episode featuring exclusive behind-the-scenes footage from the event itself as well as reactions from Al Halawani.

We caught up with the talented winner to find out more.

How does it feel to have won the Live The Oscars competition and know you’re on your way to present live from the red carpet at the ceremony?

It feels amazing and I am honestly beyond grateful that OSN has given me an opportunity of a lifetime.

What made you enter the competition? Has this always been a dream of yours?

It was very random as I was just watching OSN at home when the advert popped up, so I took a video and sent it along with my application and the rest is history. Although I’m already in the entertainment industry, this experience will 100 per cent be completely different to anything I’ve ever done before which makes it even more exciting.

Did being a radio presenter help you for the Live The Oscars show?

Being a radio presenter definitely helps as I’m already used to public speaking, but the support I saw from the institution I work at was out of this world. They were super excited when I broke the news to them which was really sweet.

What was your best memory from the reality programme and what was the biggest challenge?

The best memory I have was when I received my first ‘yes’ after the very first challenge. I felt confident about my performance as the teleprompter is something I’m used to but it still felt weird knowing my performance was being judged. The whole experience was a challenge but all the girls who participated in the competition were amazing. They were all confident and some of them work in the field of entertainment as well so the competition was not easy but that’s what makes it even more awesome. I also made some amazing friendships along the way with both the girls and OSN staff.

What do your family and friends think of you winning the contest? What were their reactions during the show?

From those crazy screams of excitement to happy tears they are all so proud of me. And what makes it even more special is that I have grown up watching OSN and now I’m representing them live from the red carpet – it feels so surreal.

What are you most looking forward to at the Oscars ceremony?

Who are you most hoping to meet and why? I’m looking forward to showing exactly why I was chosen and I can’t wait to meet and interview all the stars. I would say the person I’m hoping to meet the most is Scarlett Johansson. Her two recent Oscar nominated performances were outstanding and from what I’ve seen from her in previous interviews, she is humble, yet confident which is so empowering. It would also be great to meet Joaquin Phoenix.

Given outfits tend to be a big part of the evening have you put any thought into yours yet?

I’m working with an amazing stylist called Dina Abu Qaoud and Sara Abu Mansour, a Jordanian designer so I can’t wait for everyone to see my look. We’re thinking something bold and extravagant, complemented by customised jewellery by Jordanian designer, Leila Abu Issa.

What have been your favourite films of 2019? What do you hope wins?

I would say Joker and 1917 are my favourites so I really hope both movies get recognised as much as they should.

What are your hopes for the future? Do you think this will launch a bigger TV presenting career?

Let’s put it this way, for me, Oprah Winfrey is an icon I will forever look up to, so if I hope for one thing in my career it’s to become as iconic as her.

Who is Leen Al Halawani?

Leen is a presenter on Bliss 104.3, a music radio station in Amman playing modern classics from the ’80s, ’90s and 2000s as well as handpicked hits. In addition, Leen is a TV presenter on Roya TV. Having won Radio Presenter of the Year in the Living Well Awards 2019, Leen has certainly become a media personality favourite.

Leen began working in the media industry in 2010 during her first year at Yarmouk University in Jordan, where she graduated in English language and literature, minoring in radio and TV. She soon moved up in the ranks as a TV and radio show personality.

Other than Leen’s mainstream media work, she also appears in freelance projects, moderates panels and is a regular voice over artist.

The Oscars red carpet coverage starts at 2.30am UAE time on Monday, February 10 with the full show starting at 5am. Set your alarm!