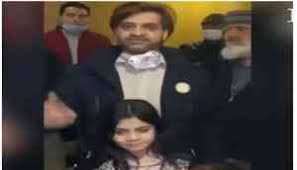 Thousands of Pakistani citizens have been trapped at the airport in Ürümqi, the capital of the Xinjiang region.

A group of nearly 150 Pakistani nationals stuck at an airport China’s Xinjiang region for the past four days amidst the deadly coronavirus outbreak have appealed to the Imran Khan-led government in Islamabad to evacuate them.

The Pakistani citizens, most of whom are students and their families with the rest being traders, have been trapped at the airport in Ürümqi, the capital of the Xinjiang region, for several days as the death toll from the coronavirus outbreak in China rose to over 250, prompting the World Health Organisation to declare it as a global health emergency, reports local media.

They can neither leave the airport because many of them have reached the expiry of their visas, nor can they fly home due to Pakistan’s suspension of its flights to and from China in the wake of the outbreak.

Tariq Rauf, a PhD scholar from Khyber Pakhtunkhwa’s Shangla district who was studying in China, in a video message sent to Dawn news said that members of the Pakistani community were stuck in Ürümqi because their onward flight to Pakistan had been cancelled.

Accompanied by other Pakistani nationals and children in the video, Rauf said the visas of many of them had expired and they were told to remain inside the airport.

He told Dawn news that the Pakistani nationals were having to fend for themselves while at the airport, sleeping on benches and purchasing food using their own money.

“We request the Pakistani government to evacuate us from here … this is our constitutional right,” Rauf added.

After the scholar’s video went viral on social media, the Pakistan Embassy contacted the citizens stuck at the airport to assure them that they will be provided a hotel until their departure from China was sorted out.

The development comes after Pakistan on Friday halted flights to and from China with immediate effect.