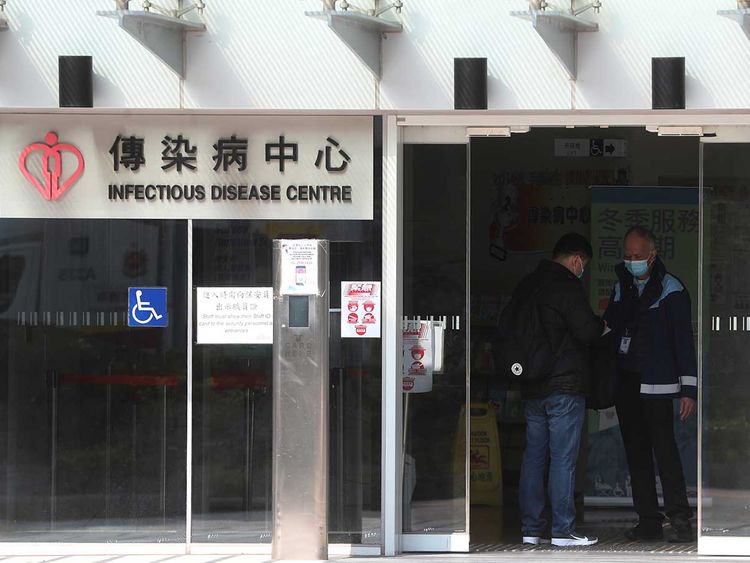 Thousands of Hong Kong medical professionals voted to begin a five-day strike Monday after the government refused their demand to shut all entry points from China amid a deadly virus outbreak on the mainland.

The Hospital Authority Employees Alliance said there were about 99% of “Yes” votes cast by its members on Saturday. More than 9,000 members have pledged to take part, first in suspending non-emergency services offered by the city’s Hospital Authority before extending it to providing only limited emergency needs, it said.

Hong Kong authorities have resisted pressure from some groups to shut all its borders with China, where the deadly outbreak has killed 259 people and infected more than 11,000 others. Hong Kong has at least 13 confirmed cases of the new strain of coronavirus. The government has extended school holidays and suspended residents of China’s Hubei province, where the outbreak is centered, from entering the city.

Measures already announced by the government “are doomed to fail when the government is adamant in refusing to address the crux of the problem,” the union said in a statement after the vote. “As country after country begins to announce the banning of foreigners’ entry from China, the Hong Kong government chooses to keep its doors wide open.”

Restrictions on travel to and from China have widened as rising fear of the Wuhan coronavirus prompted countries to bar flights, ignoring the guidance of the World Health Organization. Australia joined the U.S. in denying entry to non-citizens traveling from China.

A complete border closure is “not the right answer,” she said. She previously said the impact would be “far-reaching” if authorities were to do so.

The union also said its members have flagged dangerous situations that have occurred due to a large number of suspected cases, including lack of personal protective equipment and designated quarters for staff handling isolated patients.

Efforts to fend off an outbreak of the novel coronavirus are posing a challenge to Hong Kong’s authorities, notably a citywide shortage of surgical masks that has raised concerns about the government’s preparedness to handle such a health crisis.

The fast-spreading virus has reminded many in Hong Kong of the SARS virus in 2003 that originated on the mainland and killed almost 300 people in the financial hub.

“The most feasible way to fight against the pandemic is to eliminate the sources and then allocate the resources and manpower,” Winnie Yu, chairperson of the medical workers union, said at a briefing Saturday. “For Hong Kong’s future, there is no alternative but to express ourselves through the strike.”