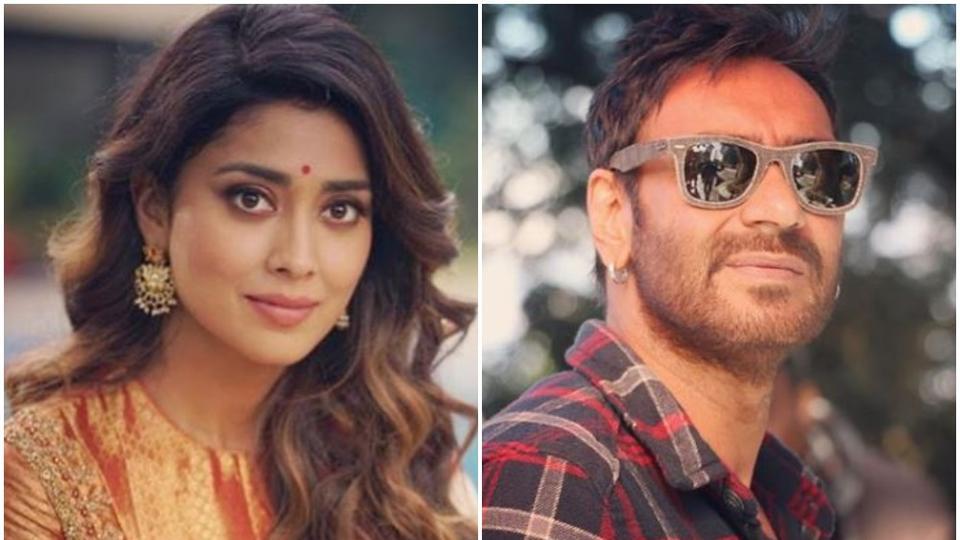 Ajay Devgn and Shriya Saran will come together for another time in SS Rajamouli’s tentatively titled RRR.

Actors Ajay Devgn and Shriya Saran will be paired with each other in SS Rajamouli’s upcoming Telugu magnum opus RRR, which also stars Jr NTR and Ram Charan. Ajay Devgn, who plays a crucial role in the film, will reunite with Shriya Saran after working together previously in Hindi thriller Drishyam.

It will be the second-time collaboration for Shriya with Rajamouli after Chatrapathi. She has already joined the sets. “Shriya has joined the sets a few days ago and is currently shooting with the team in the forests of Vikarabad. She is excited to work with Ajay Devgn and is equally thrilled to collaborate with her Chatrapathi-director Rajamouli for this historical war drama,” a source was quoted in a report by Cinema Express.

In the film, it is rumoured that NTR and Charan play brothers in the modern-day portion and will be seen as Komaram Bheem and Alluri Sitarama Raju in the period portion which will be the flashback episode.

In a press meet last March, Rajamouli said that RRR will be a fictional story set in 1920s pre-independent era and it will be based on few years in the lives of two real heroes and well-known revolutionaries – Alluri Sitarama Raju and Komaram Bheem.

“This will be a fictional story on the lives of Alluri Sitarama Raju and Komaram Bheem. There are gaps in the lives of these legendary freedom fighters that we don’t know about. We don’t know what happened in their lives in these years. It is through this fictional story we’d like to show what could have happened in their lives and what would have happened if they met and bonded,” Rajamouli said.

RRR will release worldwide for Dussehra 2020 in ten Indian languages. Presented by D Parvathy, the film is going to be produced under the DVV Entertainments banner by DVV Danayya.

The producer has already made it clear that the film will be made with high standards that will elevate the stature of Telugu cinema even further after Baahubali.