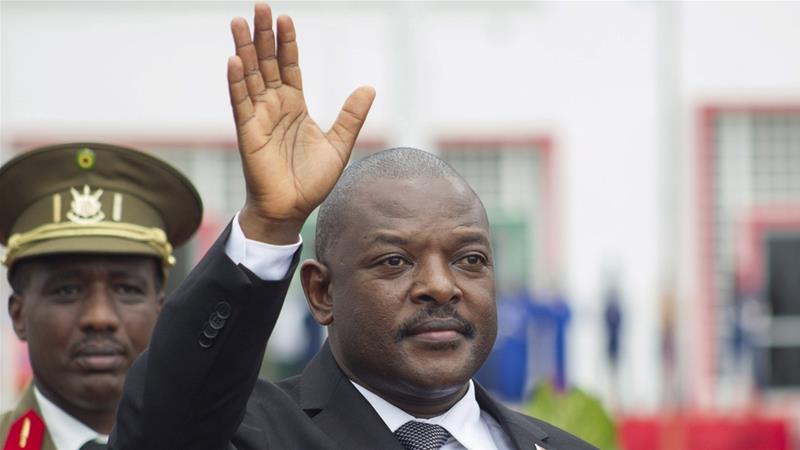 The journalists work for Iwacu, one of the few remaining private media organisations in the East African nation.

A court in Burundi has sentenced four journalists to two and a half years in prison for trying to undermine state security.

They were arrested in October in Musigati district in western Bubanza Province while covering an incursion of rebels from the province of South Kivu in the neighbouring Democratic Republic of the Congo.

The prosecution had called for a 15-year sentence largely based on a WhatsApp exchange of messages between one of the reporters and a colleague based abroad in which the former allegedly wrote: “We are heading for Bubanza … to help the rebels.”

The journalists work for Iwacu, one of the few remaining private media organisations in the East African nation.

Iwacu’s founder, Antoine Kaburahe, who lives in exile in Belgium, tweeted that the organisation would appeal the decision of the court in Bubanza Province. They have 30 days to do so.

Magango said the authorities “must quash the conviction and sentences” and the four journalists “must be immediately and unconditionally released”.

Jean Bigirimana, a journalist with Iwacu, has been missing since July 2016.

The Burundian government has cracked down on the media ahead of this year’s presidential election in May.

Several local radio stations and media houses have been closed and many journalists have fled the country.

President Pierre Nkurunziza’s government suspended broadcasts in the country by the US-based Voice of America and the BBC.

Burundi has been plagued by political violence since 2015, when Nkurunziza announced he would seek a disputed third term. He won re-election despite widespread protests.

The United Nations says more than 1,200 people have been killed in the ensuing crackdown.

Nkurunziza has said he will not run again and the ruling party recently named an army General Evariste Ndayishimiye as its candidate in the May election.