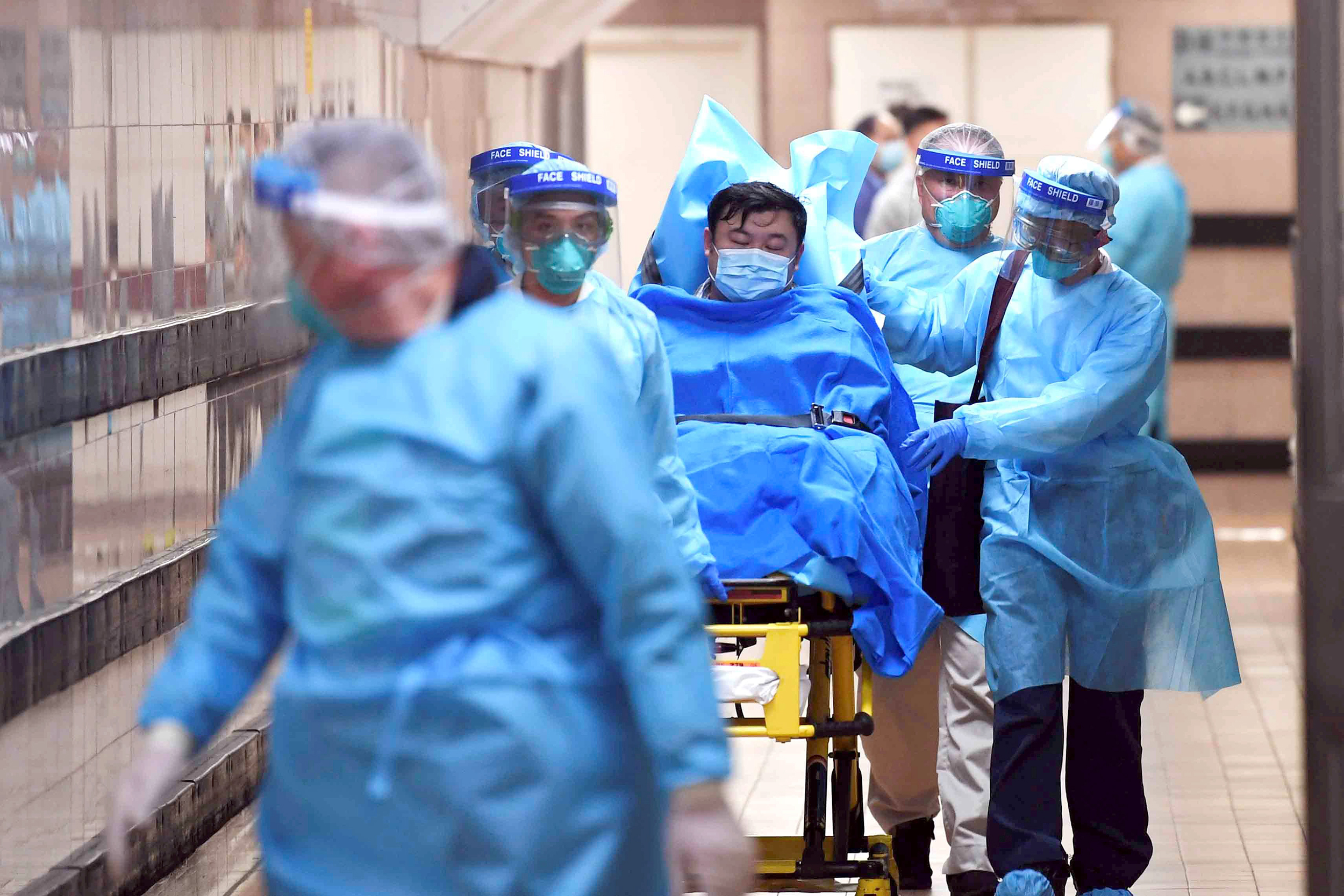 A viral outbreak that has killed 106 people in China could reach its peak in around 10 days, a top Chinese government expert said Tuesday.

The novel coronavirus that has infected thousands of people across China has genetic similarities to SARS (Severe Acute Respiratory Syndrome), a pathogen that left some 650 people dead on the mainland and Hong Kong in 2002-2003.

The new virus first emerged in early December in the central city of Wuhan and the number of cases has soared in recent days, doubling to more than 4,500 in the past 24 hours.

Zhong Nanshan, a renowned scientist at China’s National Health Commission, told the official Xinhua news agency that the outbreak “will not increase at a large scale”.

Zhong told Xinhua that the “fatality rate would certainly continue to fall” even though no cure had been found so far, thanks to life support technology and efforts of researchers and medical workers.

The virus spread quickly through Wuhan because “there could have been many mild cases that were similar to regular colds,” Zeng Guang, a member of the health commission’s senior expert panel, told state broadcaster CCTV.

“The battle of Wuhan is taking place under a situation where there is no clear boundary between us and the enemy,” Zeng said.

More than 50 million people have been barred from traveling in Wuhan and other cities in central Hubei province after a lockdown that began last week in a desperate effort to contain the spread of the virus.

Temperature checkpoints have been set up at railway stations and airports across the country.

But Ma Xiaowei, the head of China’s National Health Commission, said Sunday that the virus was “contagious during the incubation period,” prompting worries that asymptomatic people could be spreading the disease undetected.

“Compared to SARS, the new coronavirus is more ‘cunning’,” said Zeng, who is also the chief epidemiologist of China’s Center for Disease Control and Prevention.

Nevertheless, Zeng believed the situation would improve with the onset of warmer weather, which was “not conducive to the spread of infectious respiratory diseases”.

Chinese health authorities said many of the people who have tested positive for the virus without showing any symptoms were known close contacts of existing cases, so they were more likely to deliberately avoid public spaces.

Since “patients with mild illness tend to show fewer cough symptoms… the transmission ability might not be that strong,” said Li Xingwang, chief expert of the infectious diseases diagnosis and research center at Beijing Ditan Hospital.

* Coronaviruses are a family of viruses that get their name from what they look like under a microscope – they are spherical and their surfaces are covered with “crown”-like spikes.

* Coronavirus infections have a wide range of symptoms, including fever, coughing, shortness of breath and breathing difficulties. Mild cases can cause cold-like symptoms, while severe cases can cause pneumonia, severe acute respiratory syndrome (SARS), kidney failure and death.

* Like other coronaviruses, the newly identified China coronavirus is being transmitted from person-to-person via droplets when an infected person breathes out, coughs or sneezes.

* Infection with the newly identified virus has an incubation period of between one and 14 days, and there are limited accounts that it may also be spreading before symptoms show.

* Infectious disease and virus specialists say the scale of the current outbreak now points to “self-sustaining” human-to-human transmission. They estimate that each infected person is infecting, on average, two to three more people.

* Testing for the new China virus involves using a real-time polymerase chain reaction (RT-PCR), which identifies the viral RNA in samples. These could throat swabs, cough samples, or blood samples from patients who are very ill.