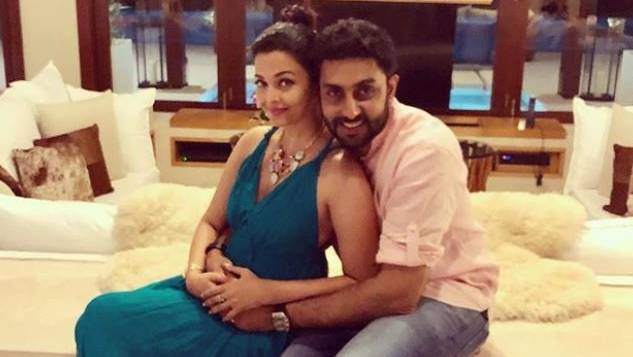 Her husband tweeted that he has a surprise announcement in store for fans.

Abhishek recently tweeted: “Hey guys! Have a surprise for all of you. Stay tuned!!”

Netizens began to speculate a variety of possibilities, including Aishwarya’s pregnancy.

Another commented: “Sibling for your daughter?”

Another user wrote: “One more junior bachchan on the way?”

While one fan guessed he might be talking about “Dhoom 5”, another thought the actor is planning a retirement from his Bollywood career. Still another guessed he was talking about Amazon Prime’s “Breathe” season 2 while another user felt Abhishek was probably coming up with a sequel to his debut film “Refugee”.

Topping the chart of weird speculations is a user who commented: “Are you going to host the next season of KBC on @SonyTV in place of your father @SrBachchan? by the way how is his health now?”

On the work front, Abhishek Bachchan has just started shooting for his next film “Bob Biswas” in Kolkata.