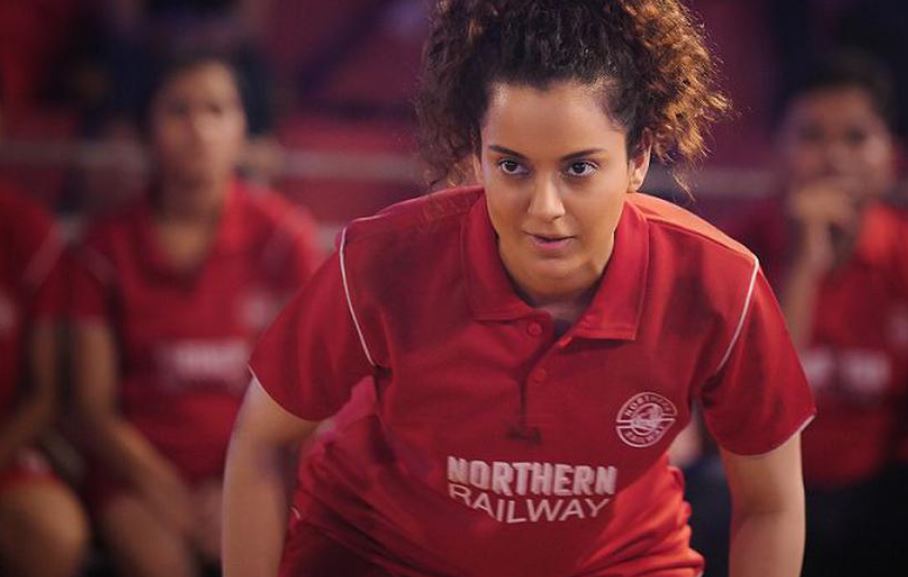 Watch ‘Panga’ if you enjoy slice-of-life movies with a dash of everyday humour thrown in.

How can a woman carve out her own identity in today’s world? Is it her marital status,  her professional standing or her maternal role that truly defines her? These are the questions that Ashwiny Iyer Tiwary raises in her slice-of-life film Panga.

Why not, after all she is blessed with an extremely supportive and totally besotted  husband and a precocious 7-year-old son Adi (a delightfully astute Yagya Bhasin who marks his Bollywood debut with Panga). When faced with the monotony of a humdrum 9 to 5 job punching out railway tickets, Jaya begins to dream of her glory days as a kabbadi champ and instigated by Adi embarks on a long arduous journey to reclaim her spot in the National Team.

Tiwari paints a vivid picture of middle-class small town life which many will no doubt be able to relate to. While Kangana is able to portray the angst of a woman forced to relegate herself to the traditional role of a woman, where her identity is tied to her marital and maternal status, her fight is not so much against society or even her family, but with herself.

Even her reselection to the Indian National Team happens not so much because she regains her form, but because the coach feels having a player who is attempting a comeback to the sport with a 7-year-old in tow would give Kabbadi the much needed media attention.

Neena Gupta as a typical Indian mother and Richa Chadha as Jaya’s no-nonsense friend Meenu stand out with their exemplary acting. Gill’s character graph, though, is pretty one-track, and he seems content to play Mr Perfection with a disarming smile on all the time. Kangana is as usual a delight to watch. She inhabits her character so thoroughly that the actress in her totally disappears and it’s as if we are watching Jaya on screen.

In the end Panga is an endearing and inspiring tale of a woman’s attempt to reclaim her identity in a world that is content to relegate her as simply a wife and a mother. And for most women clearly that’s not enough. Watch Pangaif you enjoy slice-of-life movies with a dash of everyday humour thrown in. Who knows there may be a Jaya waiting to regain her glory days in some of you! And Panga could well be the nudge that many require to shake off their complacency and rediscover their true identity.