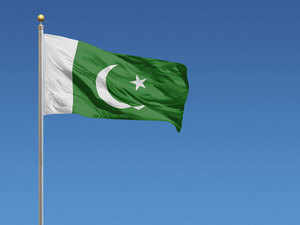 Pakistan is unlikely to exit the ‘Grey List’ of the Financial Action Task Force (FATF) next month despite an active support of its close ally China and tactical support of some Western countries, diplomatic sources told .

The FATF, an international terror-financing watchdog, may extend the duration of the ‘Grey List’ for another six months to ensure Pakistan get enough time to adopt legislative measures to restructure its banking system in line with best international practices to curb money laundering and terror financing, sources said.

Pakistan Foreign Minister Shah Mehmood Qureshi is confident of joining the ‘White List’ of FATF in February, but experts and diplomatic sources said the FATF is likely to extend duration of the ‘Grey List’ for another six months so Islamabad will have enough time to achieve 100 per cent compliance on terror financing and money laundering.

“The country should, in principle, be taken off the Grey List’ as it has made considerable progress on the requirements of the FATF,” Qureshi said.

At a FATF meeting held in Beijing last week, Islamabad submitted its compliance report and got support from the FATF current chair China and satisfied a few Western countries about its recent action taken for FATF compliance on money laundering and financing to terror groups. However, it is still an uphill task to secure 12 more votes out of 39 to exit the ‘Grey List’ and move to the ‘White List’, sources said.

In recent meetings of FATF, Pakistan has got support of Malaysia and Turkey besides China.

“Pakistan has done a remarkable job to exit the ‘Grey List’ of FATF. We have addressed 24 concerns out of 27 in Beijing meetings and will soon have a 100 per cent compliance on FATF guidelines,” Dr Ashfaq Hassan Khan, member of the Economic Advisory Council, which is headed by Pakistani Prime Minister Imran Khan.

In October 2019 meeting, the FATF board noted that Pakistan addressed only five out of the 27 tasks given to it in controlling terror funding and money laundering. It asked Pakistan to swiftly complete its full action plan by February 2020.

“We have addressed most of the technical concerns to ensure there is no more money laundering and terror financing acts in Pakistan. But there is a political side of FATF due to which it may take another six months to exit the ‘Grey List’,” Dr Khan told Khaleej Times by phone from Islamabad.

Pakistan was placed on the ‘Grey List’ by the FATF in June 2018 and was given a plan of action to complete it by October 2019 or face the risk of being placed on the blacklist along with Iran and North Korea.

On the right way

If Islamabad comes out of the ‘Grey List’, it will be easy for the country to get financial aid from the international and multinational lenders such as the International Monetary Fund, World Bank, ADB and the European Union on easy terms and conditions to support its struggling economy.

“The world is ready to help Pakistan how to ensure compliance over FATF guidelines, as we lack capacity in some critical areas of controlling terror financing, but tolerance for non-compliance is zero. The recent official actions reflect this understanding. So a reversion to the bad old days is unlikely,” Pervez Tahir, former chief economist, Government of Pakistan, told Khaleej Times.

Dr Shahid Hasan Siddiqui, chairman, Research Institute of Islamic Banking and Finance, said the FATF plenary board meeting in Paris is likely to extend duration of the ‘Grey List’ for another six months despite having progress on majority of concerns raised it its previous meeting in October 2019.

“This will be mainly due to opposition led by India, who holds vice-chairmanship of the FATF Asia Pacific Group and insists Pakistan should be downgraded to the ‘Black Lis’, a move being opposed by China. So a middle way is to extend the duration of the ‘Grey List’ ,” he said.

Dr Qais Aslam, Professor of Economics at Lahore-based University of Central Punjab, Pakistan will not slide into the ‘Black List’ because the State Bank of Pakistan has tightened its laws and documentations on money laundering and fined many banks as well as arrested few money laundered.

“Both the Chinese and the Americans would not let Islamabad slip into the ‘Black List’. However, it will not come out of the ‘Grey List’ because the government has failed to do anything about drug financing and as yet there are loop holes in catching big terror financing mechanisms of banned organisations,” he said.

The FATF was established in 1989 to check money laundering, terrorist financing and other related threats to the integrity of the international financial system. It has 35 members and two regional organisations – the European Commission and Gulf Cooperation Council.

Some experts and analysts are confident of exiting the ‘Grey List’ next month and said Pakistan will secure 15 minimum votes due to its active diplomacy in past few weeks in addition to practical steps taken to address the FATF concerns.

“Pakistan scores high in a limited time frame given to address non-compliance of 27 points action plan by FATF. Not far away, just last October FATF denounces the speed of policy actions by Pakistani authorities and award less than 75 days to comply over 22 non-compliance points or to get black-listed,” Muzzammil Aslam, CEO of MAFA Macro Consultant, told Khaleej Times.

In the session held at Beijing, Pakistan authorities have walked in with all the accomplishment and largely addressed the action plan with the exception of 1-2 non-compliance.

“Importantly, Pakistan has not waited for FATF plenary sessions to be held In February to submit its progress on action plan, instead send its key leadership to FATF member countries to make them aware of the progress,” he said.

“Governor Punjab Muhammed Sarwar met the EU countries to inform on progress. Foreign Minster Shah Mehmood Quershi kept the US, Malaysia, the UAE and Saudi leadership in the loop.

“President Trump meeting with Imran Khan at Davos is very timely. US Deputy Foreign Secretary four- day long visit to Pakistan will give an opportunity to Pakistani authorities to express their political will and take timely actions. Given the efforts, we expect, Pakistan will not be singled out and may elevate to normal ‘White regime’.

Samiullah Tariq, director of research at Karachi-based Arif Habib Limited, said Pakistan has made a lot of effort to comply with the requirements of FATF and with improving geo-political situation.

“I believe there’s a good chance of Pakistan coming out of the ‘Grey List’,” he said.

“In my view, Pakistan has no other choice but to discourage cash and undocumented transactions through a meaningful rules and regulations. It should encourage online and documented ways of doing business to have a positive impact on anti-money laundering, tax collection, job creation and export promotion,” Tariq said.