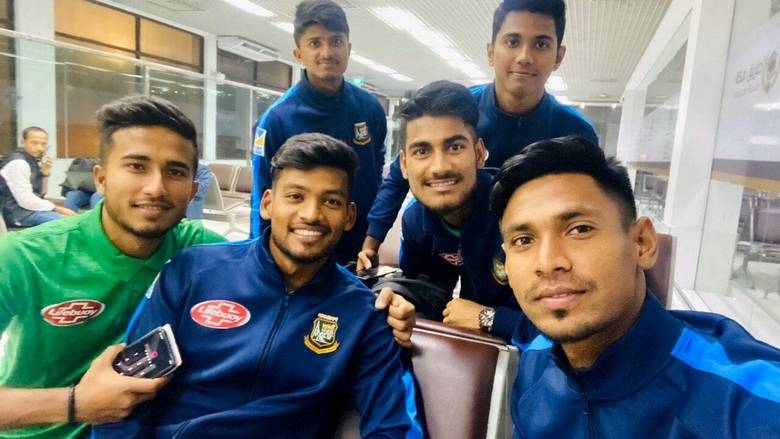 Bangladesh were earlier reluctant to travel to Pakistan.

Left-arm pacer Mustafizur Rehman, who is part of the Bangladesh squad traveling to Pakistan, posted a cryptic tweet before team’s departure which raised a few eyebrows.

On Wednesday evening, Rahman took to Twitter to post a selfie along with his teammates before the team’s departure and asked his followers to pray for them, writing: “Heading to Pakistan. Remember us in your prayers.”

Bangladesh were earlier reluctant to travel to Pakistan. However, the officials of both the teams met in Dubai and it was after many deliberations, the Bangladesh Cricket Board (BCB) agreed to send their team for a cricket series.

Bangladesh will be playing three T20Is, two Tests and an ODI in Pakistan between January and April. The T20I series will be played from January 24-27 in Lahore, followed by the first Test from February 7 to 11.

Bangladesh will then return to Pakistan in April for the one-off ODI which will be played on April 3 and the second Test from April 5-9.

Senior players like Mushfiqur Rahim decided against traveling to Pakistan citing personal reasons. After that, five members of the Bangladesh coaching staff also pulled out of the tour.

Pakistan have also recalled the experienced duo of Mohammad Hafeez and Shoaib Malik, along with pacer Shaheen Afridi for the T20I series.