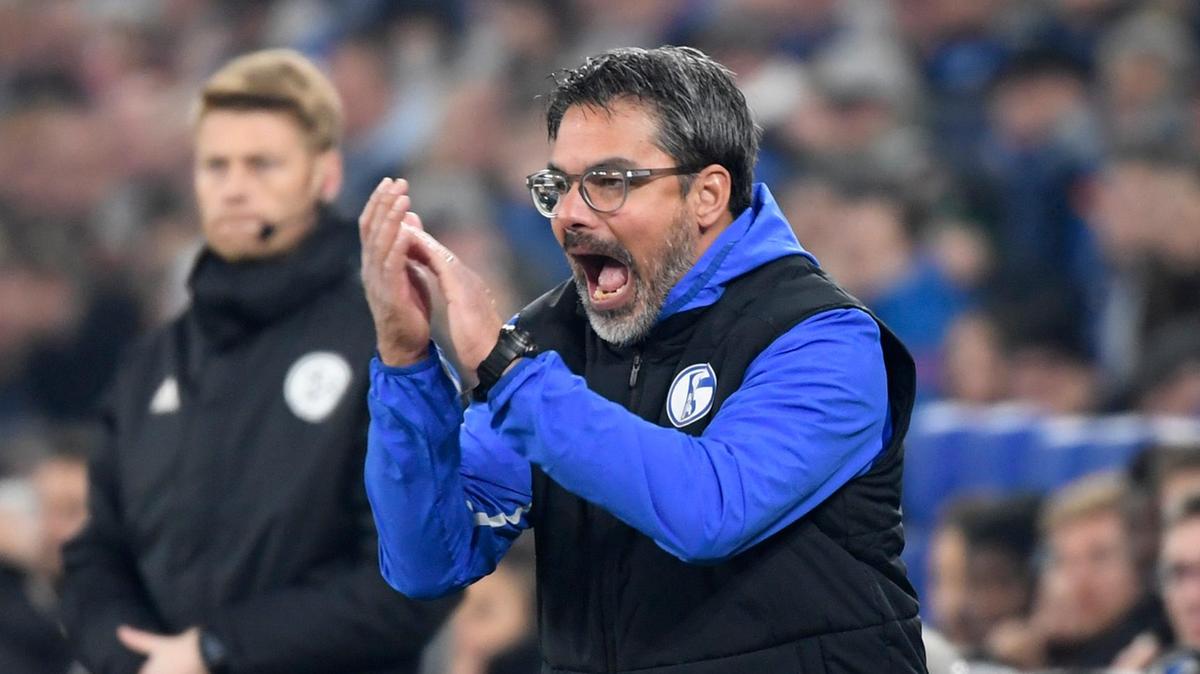 It is a year since Huddersfield Town began life after David Wagner. It would be fair report the charismatic German is missed in that part of Yorkshire.

The great survivors of the Premier League in the 2017-18 season are currently struggling to survive in the English Championship. As for their guide through Huddersfield’s period of plenty, he has gone from strength to strength.

Wagner is just over halfway through his first season as a Bundesliga manager, and his Schalke side meet Bayern Munich, the German champions, on Saturday.

The club are sitting in a position they could scarcely have imagined possible when they approached Wagner last May, gambling on his readiness for the pressures and particular neuroses of Schalke, a would-be heavyweight with a brittle temperament.

Last season, Schalke flirted with relegation, as Bayern deftly held their nerve in a tight title race. By the end of Saturday, the clubs could be joined on 36 points each, equally well placed in the compelling, five-club Bundesliga title joust.

Wagner’s achievement has been to turn Schalke from fallen giants to challengers while working largely with the same group of players who stalled under the stewardship of the young Domenico Tedesco.

Tedesco departed last March after a humiliating 7-0 defeat at Manchester City in the Champions League, and with that, became the club’s 10th managerial casualty of the last decade.

Appointing Wagner looked risky for two reasons. He had never been a senior coach in the Bundesliga. He also had a past at Schalke’s rivals.

Wagner spent four and a half years in charge of Borussia Dortmund II, the Dortmund feeder team, quite enough time to have him painted as distinctly yellow-and-black, the colours least welcome in Schalke territory.

Nor was it as brilliant a recommendation among Schalke devotees as it might be elsewhere that Wagner’s best friend in football is Jurgen Klopp, Dortmund’s most celebrated manager of this century.

When Wagner was at Huddersfield, there was a tendency to detect Klopp-like qualities in this relatively unknown, bearded, bespectacled German.

Soon he was establishing his own identity, as a manager who builds teams that were more than the sum of their parts, a specialist in stimulating self-belief.

He took Huddersfield to promotion, via a penalty shoot-out in the 2017 Championship play-off final, to the Premier League for the first time in the club’s history. Better still, Wagner worked out how to keep them there in spite of operating with the lowest budget of any club in England’s moneyed top division.

Gravity, though, could not not be confronted forever, and after a sequence of nine defeats and a draw in their second Premier League season, the so-called Wagner revolution in Yorkshire came to a mutually agreed close.

A year on, his English past still echoes. The Tageszeitung newspaper recently noted that “in so little time, Wagner has Anglicised Schalke”. It was meant as a compliment to Schalke’s competitive zeal.

Wagner does not think of himself as revolutionary. “I didn’t have the feeling I would have to tear down walls here,” he said of his first half-season with Schalke, and points out that, under Tedesco, Schalke had finished runners-up to Bayern in 2017-18. “This was a group who knew how to win.” They had just mislaid the formulas.

Wagner sensed a loss of confidence. He had the players sit down in pre-season and watch footage of a defeat to Bayern from the previous season, highlighting moments when Schalke had played the ball long out of their own half, reminding them they had the skills to pass and carry instead.

Some of that will inform his team-talk today and he need hardly reach far for motivational tools to convince his players that Bayern, Bundesliga kings for the last seven seasons, are a prized scalp, a rival who regard their catalogue of domestic crowns as an entitlement to plunder the resources of others.

The announcement that Schalke goalkeeper Alexander Nubel, 23, will join Bayern for free this summer, having declined a new contract at the club that nurtured him, adds a subtext.

It is a disappointment to Wagner, who had named Nubel club captain – the armband has now been reallocated to midfielder Omar Mascarell – though he insists “Alexander will continue to give everything for Schalke while he is with us.” The goalkeeper is spared scrutiny this weekend because of suspension.

Schalke did not miss Nubel last weekend in a rousing 2-0 win over Borussia Monchengladbach, who had gone into the fixture second in table.

The victory took Schalke to as many points after just over half the campaign as they gained the whole of 2018-19. Schalke, like Wagner, are having to get used to fielding questions about a possible surge to the title rather than about how to avoid the drop.