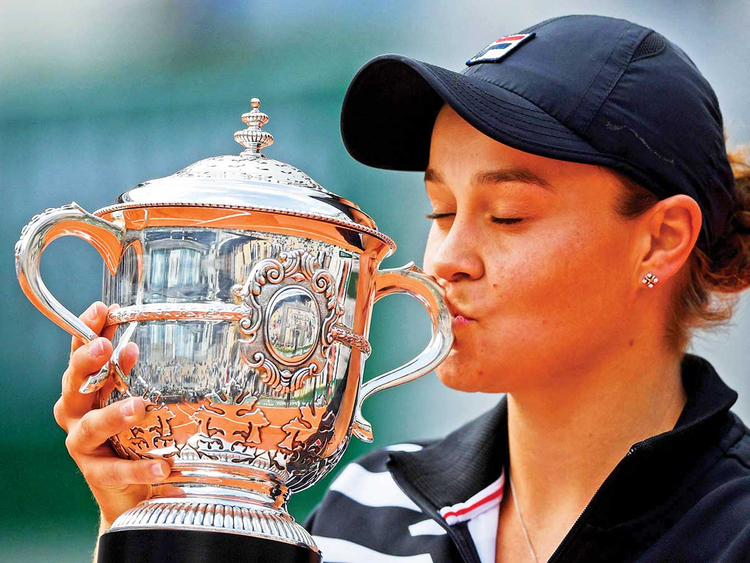 We are thrilled to have the champion making her debut here, says Colm McLoughlin

World No.1 women’s player Ashleigh Barty is certain to receive a rousing welcome when the Australian steps onto the court at the Dubai Duty Free Tennis Championships next month.

Her feat is all the more remarkable as she once walked away from the expectations that being a tennis prodigy had piled upon her to play cricket instead. The break in 2015-16, however, helped her re-focus and live life as a normal teenager, away from the attention she had received by becoming a doubles finalist at the Australian and US Opens and Wimbledon.

When she returned to the game, she swiftly became a force on the singles court and last season she amassed 57 wins. She went on a 15-match winning streak in the middle of the year, which began with her Roland Garros triumph and carried on through to her claiming the Birmingham title before her run was brought to an end by Alison Riske in the fourth round of Wimbledon. Winning Miami as well as the French Open, Birmingham and the WTA Finals, she also reached the final of Sydney and the China Open in Beijing.

“We are thrilled that Ashleigh Barty will be competing at the Dubai Duty Free Tennis Championships for the first time,” said Colm McLoughlin, Executive Vice Chairman and CEO of Dubai Duty Free. “It has been wonderful to witness her infectious enthusiasm that has won her countless fans around the world, and the manner in which she has conducted herself as a champion has rightly been recognised by all, but especially at home in Australia.”

Barty also made history by becoming the first female tennis player to receive the ‘Don,’ Australia’s top sportsperson award. Pat Rafter is the only other tennis player to have received the honour, back in 2001. She also became just the second person along with Samantha Stosur to earn the Newcombe Medal in three successive years.

Tickets for the February 17-29 tournament are available at www.dubaidutyfreetennischampionships.com.