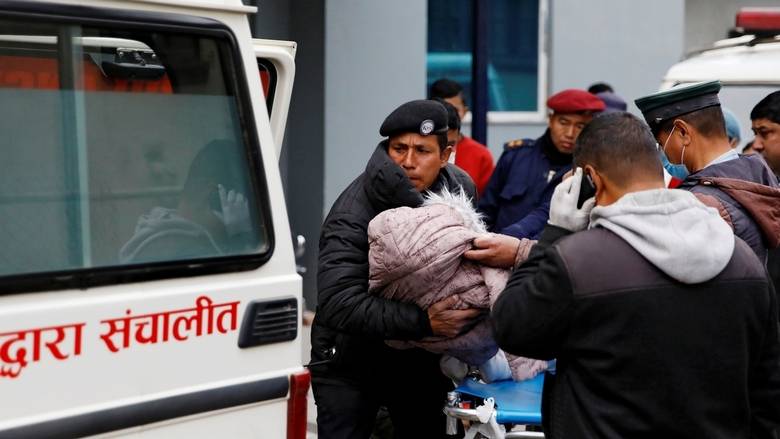 The tourists were airlifted to HAMS hospital in Kathmandu where they were pronounced dead on arrival.

The bodies of the eight Indian tourists, including four minors, who died due to possible asphyxiation in their room at a mountainous resort in Nepal are undergoing postmortem in Kathmandu and would be flown back home on Thursday, January 23, according to a senior Indian official. Tragedy struck a group of 15 tourists from Kerala when eight of them, including four children, died after they fell unconscious probably due to a gas leak from a heater in their room at a mountainous resort in Makwanpur district, amidst cold wave in the Himalayan region.

The tourists were airlifted to HAMS hospital in Kathmandu where they were pronounced dead on arrival. Makwanpur police said the victims might have fallen unconscious due to asphyxiation.

“Postmortem of the bodies is being conducted at the Teaching Hospital in Kathmandu and they would be flown back home tomorrow (Thursday) morning,” a senior official at the Indian Embassy told PTI.

The official said that out of the seven who survived, two stayed with the bodies while the others are already on their way back.

The deceased – two couples and four children – were part of a group of 15 people travelling from Kerala to Pokhara, a popular mountainous tourist destination. They were on their way back home and stayed at Everest Panorama Resort in Daman in the district on Monday (January 21) night.

The official said that the Indian Mission is in touch with the local authorities, family and friends of the deceased and the hospital authorities.

“We are ensuring that the process to send back the bodies is expedited,” the official said.

According to the manager at the resort, the guests stayed in a room and turned on a gas heater to keep themselves warm.

Although they had booked a total of four rooms, eight of them stayed in a room and remaining others in another room, the manager said, adding that all the windows and the door of the room were bolted from inside.

“They ordered snacks from the resort restaurant,” the resort manager, Shiva KC, was quoted as saying by The Kathmandu Post.

After dinner at 10:30 pm, the guests of two cottages went to their rooms, while the others stayed back at the restaurant.

“In spite of our objection, they were constantly requesting to take the heater they were using in the restaurant to their rooms. They took it at around 2 am from the restaurant,” the manager said.

Nair and Ranjit, both IT professionals, were engineering college classmates and the tour was arranged after a get-together with old friends in Delhi, a family member said.

Nair, who hails from Chempazhanthi in Thiruvananthapuram, was an engineer in Dubai, while his wife, Saranya, was staying in Kochi along with 3 children and was a nursing student.

Ranjit was working in an IT firm at Thiruvananthapuram, while his wife, Indu, was an accountant in a cooperative bank at Kozhikode, a family member said.

Ranjit’s elder son Madhav had a lucky escape as he was sleeping in another room.