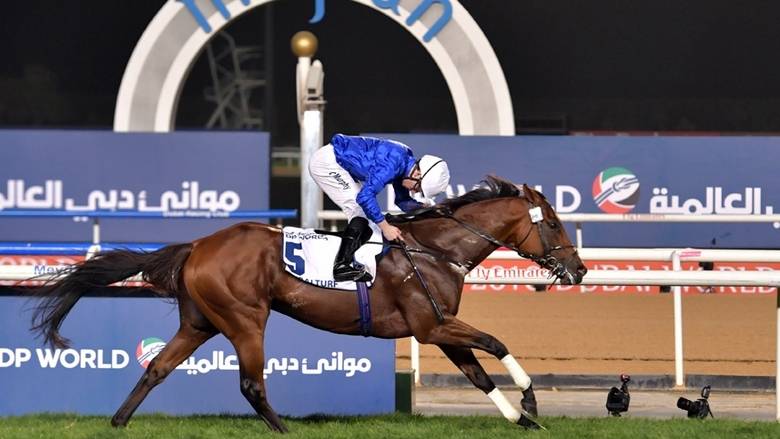 To be held at the King Abdulaziz Racecourse in Riyadh on Feb. 29, the Saudi Cup kicks off a new era in Saudi Arabian horseracing, highlighted by the creation of the first turf track in the country’s history.

The first running of the $29.2m Saudi Cup race day has attracted an impressive entry, including no less than 32 Group or Grade 1 winners in the big race alone, across an eight-race card.

To be held at the King Abdulaziz Racecourse in Riyadh on Saturday, Feb. 29, the Saudi Cup kicks off a new era in Saudi Arabian horseracing, highlighted by the creation of the first turf track in the country’s history.

The Saudi Cup which, with a $20m prize purse, assumes the mantle of the world’s most valuable race, has attracted more than 140 nominations, representing four continents, 16 countries and more than 60 trainers around the globe.

The first turf races to ever be held in Saudi Arabia have received an impressive list of entries.

Recently successful in the Singspiel Stakes at Dubai’s Meydan Racecourse, Benbatl (GB), trained by Godolphin’s Saeed bin Suroor, has intriguingly been entered for both the 2,100m Neom Turf Cup as well as the Saudi Cup on the dirt.

Also holding an entry in the Neom Turf Cup is Japanese star and Goodwood Nassau Stakes winner, Deirdre (JPN), trained by Mitsuru Hashida, who is currently based in Newmarket, UK.

Tom Ryan, Director of Strategy and International Racing for the Jockey Club of Saudi Arabia was thrilled by the strong levels of global interest in the race day.

“The response to the Saudi Cup from the international racing community has been fantastic,” he said. “We couldn’t be happier with the entries that we’ve received and we are now fully focused on putting on a spectacular first Saudi Cup race day to live up to the calibre of these entries.”

Entries will now be whittled down to final fields, based on ratings allocated by former BHA senior handicapper, Phil Smith.

Newmarket Racecourse Clerk of the Course, Michael Prosser has also joined the Saudi Cup team for the event as they build towards the Feb. 29 race day gathers pace.