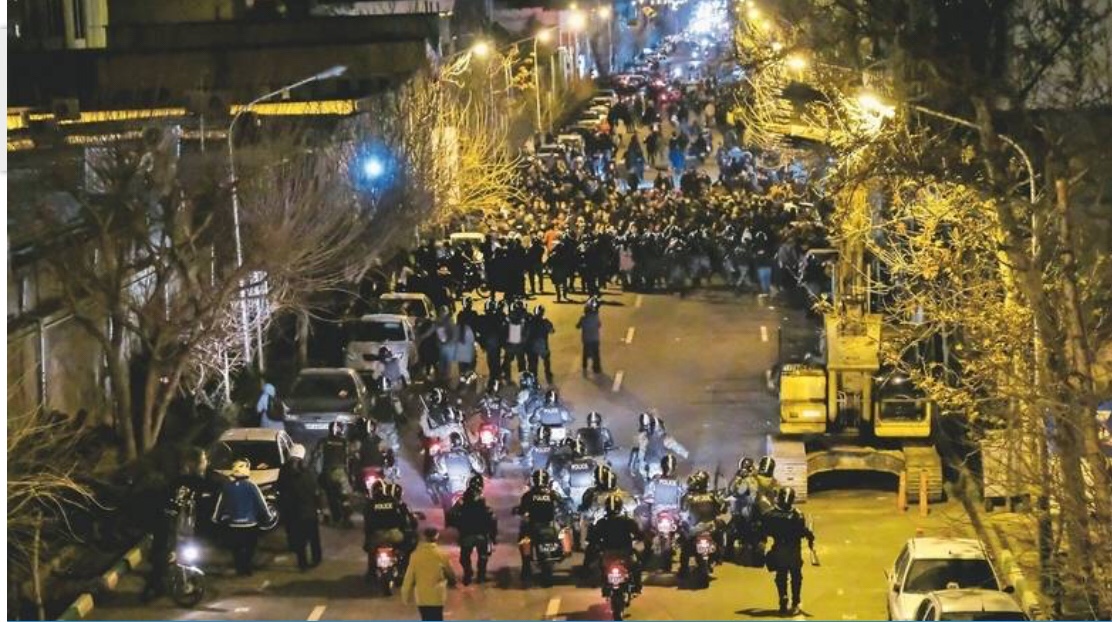 Scores, possibly hundreds, of protesters were videoed at sites in Tehran and Isfahan.

Protesters denouncing Iran’s clerical rulers took to the streets and riot police deployed to face them on Monday, in a third day of demonstrations after authorities acknowledged shooting down a passenger plane by accident.

Video from inside Iran showed students on Monday chanting slogans including “Clerics get lost!” outside universities in the city of Isfahan and in Tehran, where riot police were filmed taking out positions on the streets.

Scores, possibly hundreds, of protesters were videoed at sites in Tehran and Isfahan, a major city south of the capital.

“They killed our elites and replaced them with clerics,” they chanted outside a Tehran university, referring to Iranian students returning to studies in Canada who were on the plane.