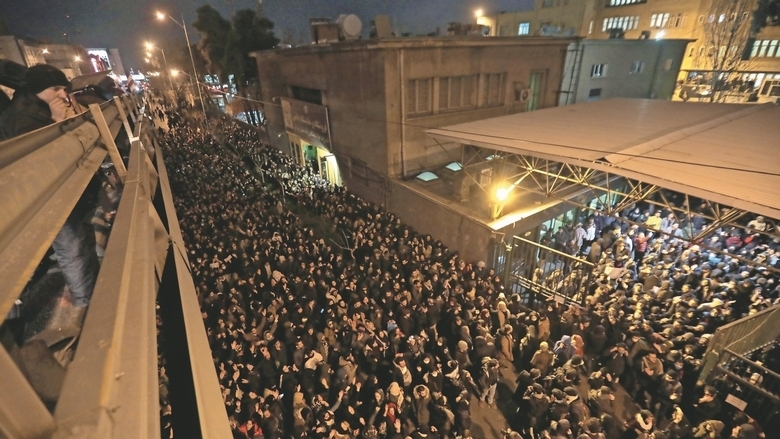 Protests erupted across Iran for a second day on Sunday, piling pressure on the leadership after the military admitted it had mistakenly shot down a Ukrainian airliner at a time when Tehran had feared US air strikes.

A group of Iranian protesters demanded Iran’s Supreme Leader Ayatollah Ali Khamenei step down on Saturday after Tehran said that its military had mistakenly shot down a Ukrainian plane, killing all 176 people on board.

“Commander-in-chief (Khamenei) resign, resign,” videos posted on Twitter showed hundreds of people chanting, in front of Tehran’s Amir Kabir University. Reuters could not verify the authenticity of the video footage.

“They are lying that our enemy is America, our enemy is right here,” a group of protesters outside a university in Tehran chanted, according to video clips posted on Twitter.

Scores of demonstrators were shown outside another university in the capital and at gatherings in other cities.