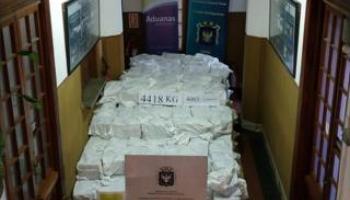 The United States Drug Enforcement Administration says Guinea-Bissau is becoming what it calls a Narco state.

It accuses Latin American drug traffickers of bribing state officials to let cocaine destined for Europe transit through the country, and into the Sahel region where armed groups use the drugs to fund their fighting.