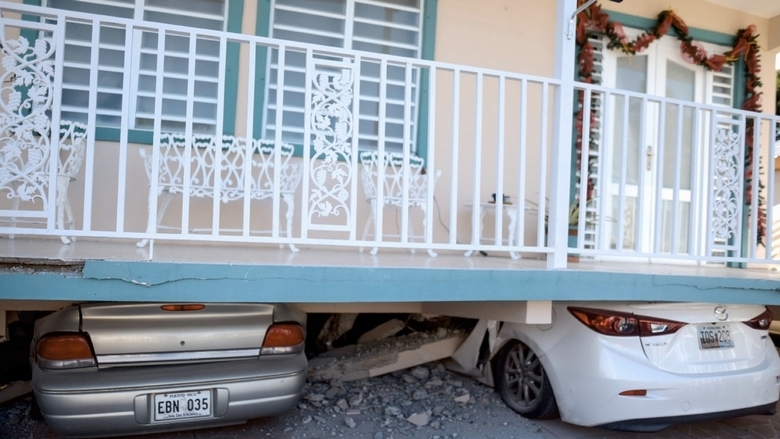 A tsunami alert was initially issued.

A 6.5-magnitude earthquake struck Puerto Rico before dawn on Tuesday, the largest in a series of quakes that have struck the US territory in recent days and caused heavy damage in some areas.

A tsunami alert was initially issued for Puerto Rico and the US Virgin Islands, but Victor Huerfano, director of Puerto Rico’s Seismic Network, told WAPA TV that there is no risk of tsunami.

The U.S. Geological Survey said the quake hit at 4:24 a.m. just south of the island at a shallow depth of 10 kilometers. It initially gave the magnitude as 6.6 but later adjusted it.

There were no immediate report of injuries or damage but the power outage made it hard to obtain information.

A 5.8-magnitude quake that struck early Monday morning collapsed five homes in the southwest coastal town of Guanica and heavily damaged dozens of others. It also caused small landslides and power outages. The quake was followed by a string of smaller temblors.

The shake collapsed a coastal rock formation that had formed a sort of rounded window, Punta Ventana, that was a popular tourist draw in the southwest town of Guayanilla.

Residents in the south of the island have been terrified to go into their homes for fear that another quake will bring buildings down.

He said the quakes overall come as the North American plate and the Caribbean plate squeeze Puerto Rico.

One of the largest and most damaging earthquakes to hit Puerto Rico occurred in October 1918, when a magnitude 7.3 quake struck near the island’s northwest coast, unleashing a tsunami and killing 116 people.