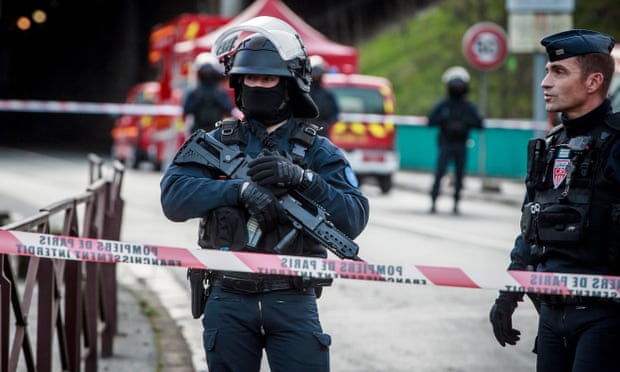 Police shot dead a man who stabbed several people in a Paris suburb in a knife attack that left one person dead and at least two others seriously injured.

Armed officers were called at around 2pm on Friday after the man stabbed several people – apparently at random – near a park and busy shopping centre in Villejuif, south of the French capital.

Local mayor Vincent Jeanbrun told French television the man was shot and killed as he attempted to flee into the neighbouring suburb at L’Haÿ-les-Roses. Shoppers at a nearby commercial centre were instructed to remain inside.

Video surveillance footage suggested the attacker had acted alone, but officers advised the public to keep away and sealed off the area as they searched for possible accomplices.

The victim was reported to be a 56-year-old local man who was stabbed as he tried to protect his wife.

Junior interior minister, Laurent Nuñez, attended the scene along with the Paris police chief Didier Lallement. A representative from the anti-terrorist investigations unit also attended, but French officials said it was too early to determine any motive for the attack.