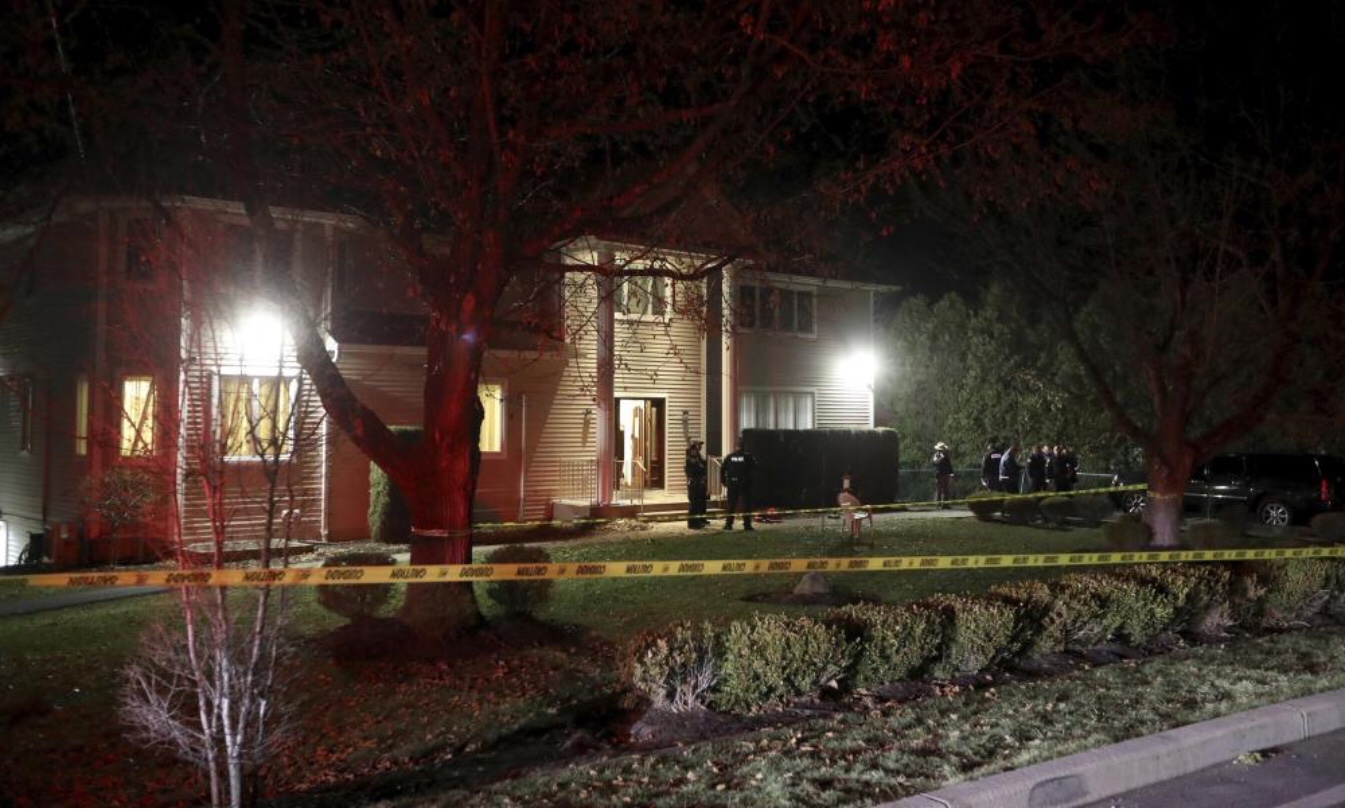 An attacker has stabbed five people during Hanukah festivities at a rabbi’s home in New York state in what Governor Andrew Cuomo called“an act of domestic terrorism”.

The Orthodox Jewish Public Affairs Council said an attacker wearing a scarf fled after stabbing the victims with a large knife or machete at a house in Monsey, Rockland county, about 30 miles north of New York City, on Saturday night.
The stabbings came after a string of incidents targeting Jews in the region, including a deadly antisemitic shooting at a kosher grocery store in the neighboring state of New Jersey earlier this month. New York City increased its police presence in some Brooklyn neighborhoods with large Jewish populations after a series of antisemitic incidents last week.

All five victims in the latest attack were taken to hospital, the council said, and two were in critical condition with one of them stabbed at least six times. The rabbi’s son was reported to be among the injured.

The local police chief, Brad Weidel, said the suspect was in custody on Sunday morning, and faces five counts of attempted murder and one count of burglary.

Reports said the suspect had driven over the George Washington Bridge into Manhattan after the attack, and was arrested in Harlem.

The scene of the stabbings remained cordoned off with yellow crime-scene tape early on Sunday. According to public records, the home on Forshay Road belongs to Rabbi Chaim Rottenberg, who leads the adjacent synagogue. Several state and local officials had described the location of the stabbings as a synagogue.

Aron Kohn, 65, told the New York Times that he was inside the house when the stabbings occurred. “I was praying for my life,” said Kohn, 65. “He started attacking people right away as soon as he came in the door. We didn’t have time to react at all.”
Lazer Klein, 19, told New York post he saw people “running away, screaming and calling the cops”.

Visiting Monsey on Sunday morning, New York governor Cuomo said the attack was “about the thirteenth incident of antisemitism” in the state of New York over recent weeks, and described the climate of intolerance as “an American cancer in the body politic”.

He said: “This is violence spurred by hate. It is mass violence and I consider this an act of domestic terrorism. Let’s call it what it is.”

In a statement overnight, he said: “Let me be clear: antisemitism and bigotry of any kind are repugnant to our values of inclusion and diversity and we have absolutely zero tolerance for such acts of hate.”

The New York attorney general, Letitia James, said she was “deeply disturbed” by the situation in Monsey. “There is zero tolerance for acts of hate of any kind and we will continue to monitor this horrific situation.”

President Donald Trump, who has stoked intolerance during his time in the White House, wrote on Twitter: “The anti-Semitic attack in Monsey, New York, on the 7th night of Hanukkah last night is horrific. We must all come together to fight, confront, and eradicate the evil scourge of anti-Semitism. Melania and I wish the victims a quick and full recovery.”

His daughter and adviser, Ivanka Trump, tweeted: “The vicious attack of a rabbi in Monsey, NY last night was an act of pure evil. As we pray for the victims, may the candles of Chanukah burn bright through this darkness.”

Reports said the attack took place at the rabbi’s house just before 10pm. Some accounts of the situation said the attacker set upon people with a machete or large knife.

The NYPD Counterterrorism Bureau said it was closely monitoring the situation and Jewish organisation the Anti-Defamation League of New York and New Jersey said it was sending someone to the scene.

About a third of the population of Rockland County is Jewish, including a large enclave of Orthodox Jews who live in secluded communities.

Jewish communities have been on heightened alert following the 10 December shooting rampage at a northern New Jersey kosher market. Six people died including the two killers, a police officer and three people who had been inside the store. The New Jersey attorney general, Gurbir Grewal, said the attack was driven by hatred of Jews and law enforcement.

The stabbings in Monsey also come on the heels of apparently antisemitic attacks reported throughout New York during Hanukah. Saturday was the seventh night of Hanukah. Around New York City, police have received eight reports since 13 December of attacks possibly motivated by hatred of Jews.

Israeli Prime Minister Benjamin Netanyahu said: “Israel unequivocally condemns the recent expressions of antisemitism and the vicious attack in the middle of Hanukkah on the rabbi’s house in Monsey, New York.

“We send our wishes of recovery to the wounded. We will cooperate in every way with the local authorities in order to defeat this phenomenon. We offer our help to each and every state.”

The attack occurred a month after a man was stabbed while walking to a Monsey synagogue. The man required surgery.