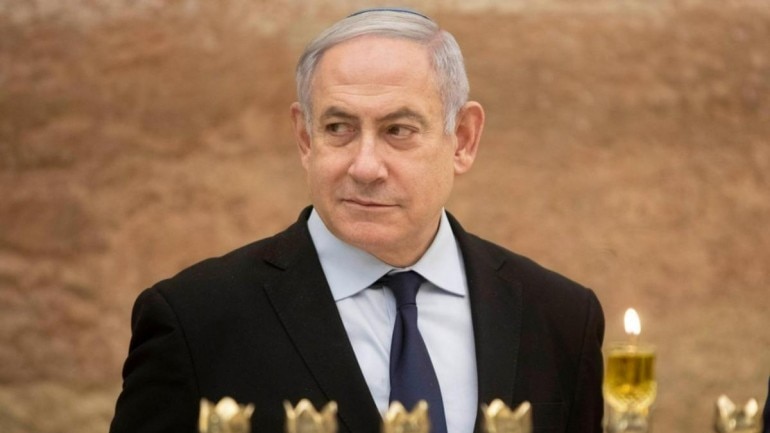 As polls opened on Thursday, Mr Saar said the time was ripe for change.

Israeli Prime Minister Benjamin Netanyahu is being challenged for the leadership of his party in what is seen as a test of his hold on power.

Although Mr Netanyahu is expected to win, it comes at a time of mounting difficulties for the veteran leader.

He faces trial on bribery and corruption charges, as well as a third national election within a year after two inconclusive results.

The BBC’s Barbara Plett Usher in Jerusalem says Mr Netanyahu has campaigned tirelessly, even though he is widely expected to triumph, because he wants to win big – otherwise it will look like his grip on the party is weakening.

The prime minister still has solid support in Likud, but this is the most serious internal challenge he has faced in a decade of power and shows cracks in the party’s united front, our correspondent says.

There was a moment of drama at a campaign rally in the southern city of Ashkelon on Wednesday night when Mr Netanyahu was ushered off stage by bodyguards after an air raid siren warning of rocket fire from Gaza sounded.

It was the second time that Mr Netanyahu, who styles himself as the person who can best bring security to Israel, has been forced to take cover during a campaign rally, following a similar incident in September.

As polls opened on Thursday, Mr Saar said the time was ripe for change.

“I feel a great awakening [of voters] in the field. People understand that today there is a need for a change and God willing together we will make this change today.”

Mr Saar, who is nearly 20 years Mr Netanyahu’s junior, previously served as a minister in Mr Netanyahu’s cabinets and is a well-known figure in the party.

He has warned that an embattled Mr Netanyahu will be unable to lead Likud to victory in elections in March and could consign Likud to opposition for the first time since 2009.

It will be the third election since April this year, after Mr Netanyahu twice failed to form a coalition with enough seats to govern.

There is also a question mark over whether he will be allowed to run in the next national elections or be forced to stand down while he is on trial – something the High Court is expected to rule on next week.

Mr Netanyahu denies the charges against him, claiming the case is politically motivated.