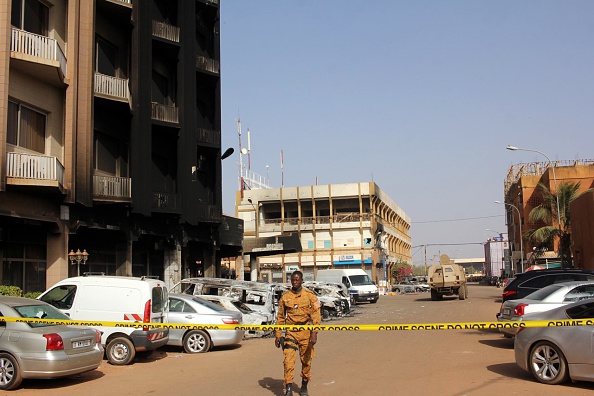 Earlier in the day, a large group of jihadists attacked simultaneously the military detachment and civilians in Arbinda in the province of Soum, the army said in a statement.

During the clashes with local security forces, 80 jihadists were killed, the army said. However, seven security forces agents, namely four soldiers and three gendarmes, were also killed, and more than 20 others injured.

“The heroic action of our soldiers has made it possible to neutralize 80 terrorists,” Kabore said on Twitter, praising the “commitment and bravery” of the security forces.

“This barbaric attack resulted in the death of 35 civilians, most of them women,” said the president.

Communications minister and government spokesman Remis Dandjinou confirmed that 31 of the civilian victims were women.

It remains unknown where the women were at the time of attack and why so many were killed.

Kabore presented his condolences to the victims’ families and later declared 48 hours of national mourning.

No group has claimed responsibility for the attack so far.

Burkina Faso is faced with a worsening security situation in northern regions as frequent militant attacks have sparked a wave of panic in the country.

Over the last few weeks, Burkina Faso army has scaled up military air and ground offensives against the escalating armed attacks across the country.

Since 2015, militant attacks have claimed more than 700 lives, including 200 of armed forces soldiers, and displaced thousands of others in the West-African country.