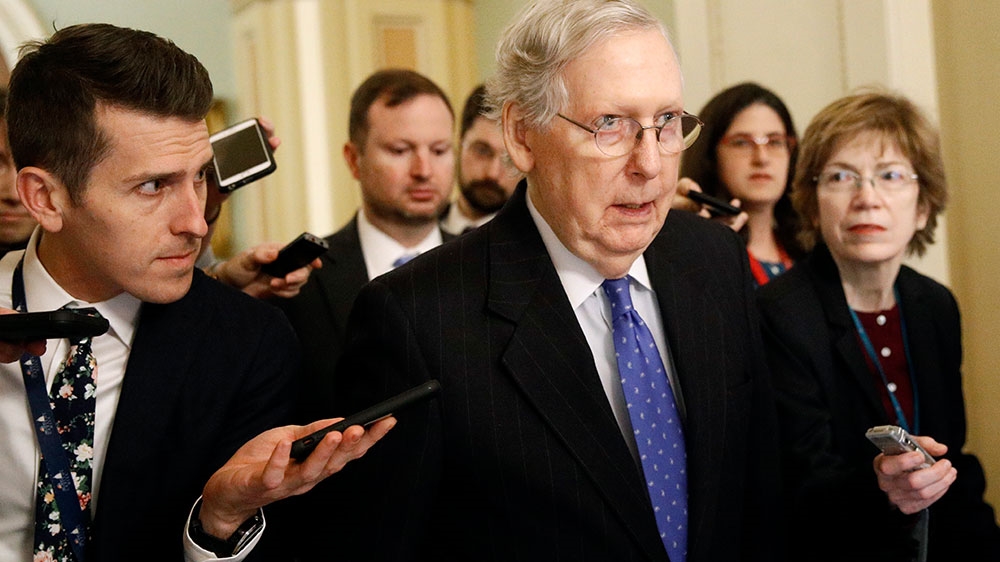 Republican United States Senator Lisa Murkowski has said she is “disturbed” by the Senate leader’s approach to working with White House counsel on the impeachment trial of President Donald Trump, saying there should be distance between the two.

The comments by the Alaska politician come after Mitch McConnell, majority leader of the Republican-led Senate, said during a Fox News interview earlier this month that he was working in “total coordination” with the White House on the upcoming trial.

“To me, it means that we have to take that step back from being hand-in-glove with the defence,” Murkowski said in comments aired late on Tuesday during an interview with Alaska-based NBC news affiliate KTUU-TV. “I heard what leader McConnell had said. I happened to think that has further confused the process.”

Murkowski, who says she remains undecided in how she will vote in the upcoming impeachment proceedings, cited the need for distance between the White House and the Senate on how the trial should be conducted.

Trump was impeached last week by the Democratic-led House of Representatives on two charges over his pressuring Ukraine to announce an investigation of former Vice President Joe Biden, one of the top contenders for the Democratic presidential nomination, and Biden’s son. He has been charged with abuse of power and obstructing Congress’s investigation.

Trump has said he did nothing wrong.

Republicans have a 53-seat majority in the Senate, where 51 votes are needed to pass a set of rules for the Trump trial. The actual impeachment trial in the Senate would need a two-thirds majority vote for a conviction.

House Speaker Nancy Pelosi has not yet transmitted the articles of impeachment to the Senate, a bid to pressure Senate Republicans to reach an accord with the Democrats in the chamber on trial rules. McConnell said the Senate could not take any action until it receives the articles.

However, McConnell made clear he would not accede to a Democratic request for the Senate to agree before time to take testimony during the trial.

There is little chance Trump will be convicted and removed from office through a trial in the Republican-led Senate, but the impeachment proceedings could resonate at the ballot box in November.