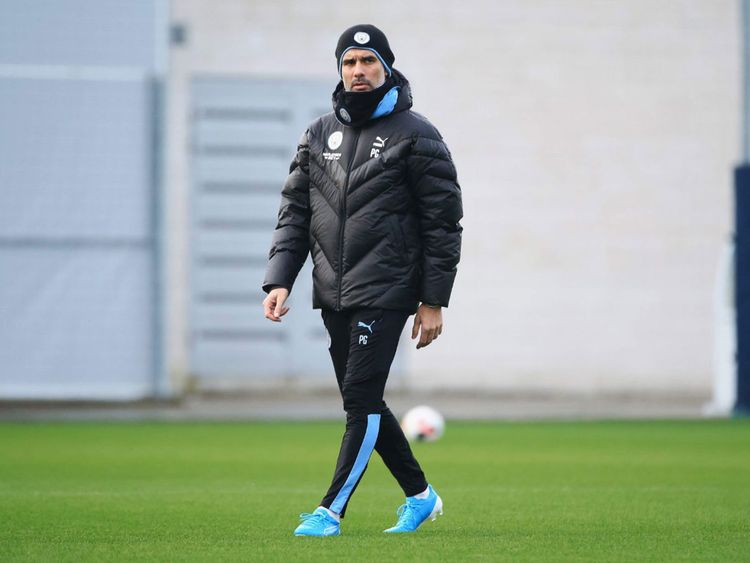 ‘I am incredibly good here. I have to see if I deserve a new contract’

Manchester: Manchester City boss Pep Guardiola said on Monday that he was planning to stay with the Premier League club next season amid talk that he would leave the champions at the end of the current campaign.

The Spaniard, who has never managed a club for more than four years, denied reports earlier this month that his contract until 2021 contained a ‘break clause’ that could allow him to leave at the end of the season.

City’s hopes of a third successive league title look slim with Guardiola’s side trailing Liverpool by 11 points and the 48-year-old said his future at the club was not entirely down to him.

“This is my fourth season, next season will be the fifth because I try to stay next season. It is a long time,” Guardiola said ahead of Friday’s trip to Wolverhampton Wanderers.

“I am incredibly good here. I have to see if I deserve a new contract. The level has increased a lot and expectations are higher and we have to see if we can handle it. It is not just up to me.

“Now we have a break with the family and prepare (for) Wolves and the rest. We have time to think about it in the future.” City face Wolves who are sixth in the standings and Guardiola praised their manager Nuno Espirito Santo who has overseen only one loss in their last 13 league matches.

“Hopefully we can maintain the level of the last weeks and last games.” Guardiola’s also touched upon his long-time assistant manager Mikel Arteta, who replaced Unai Emery as manager at Arsenal last week.

“He’s now Arsenal manager,” Guardiola added. “We prepared the Leicester game without him and tried to work the way we have the last years. We will work a little bit harder, that’s all.”

Guardiola confirmed midfielder Kevin De Bruyne was not injured after he hobbled off with a cramp during Saturday’s win over Leicester City but David Silva, Sergio Aguero and John Stones remain sidelined.