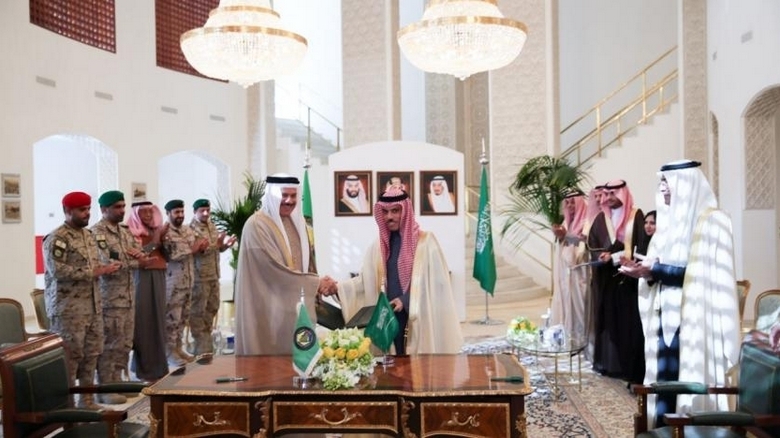 Agreement signed for the stablishment of the unified military command of the GCC states in Saudi.

This agreement seeks to reach cooperation and coordination in the fields of security and defence, to maintain stability in the GCC states, and to achieve self-defense based on the principle of collective security.

Prince Faisal welcomed the step of signing an agreement of the GCC unified military command, which reflects the Kingdom’s support of the GCC joint action and facilitates the task of the unified military command where the Custodian of the Two Holy Mosques King Salman bin Abdulaziz Al Saud was keen to complete its requirements within framework of his vision to move the GCC joint action from a phase of cooperation to integration.

The GCC Secretary General hailed the launch of the work of the unified military command from Riyadh and the care it received from the GCC leaders, along with the Joint Defence Council, considering it as an important military system in consolidating defence cooperation and integration among the member states, wishing for their leadership and employees steady progress and success.