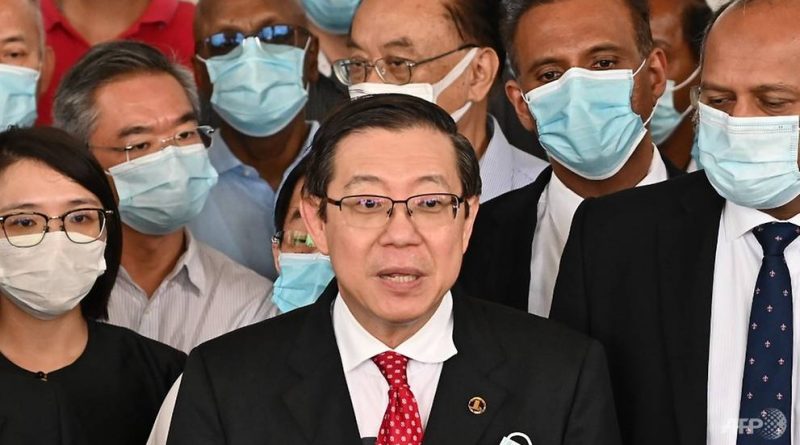 This came after environment minister Tuan Ibrahim Tuan Man explained that Malaysia is not involved in a US-led virtual leaders summit for climate change as it is not among top greenhouse gas emitters and those most vulnerable to the effects of climate change.

In a statement, Mr Lim said: “Tuan Ibrahim’s explanation why Malaysia was not invited has shown him to be no different from former US President Donald Trump’s lack of knowledge and enthusiasm for climate change activism.”

Mr Lim stated that the reasoning by the minister was unacceptable.

“Tuan Ibrahim’s rationale for Malaysia’s exclusion is that Malaysia is not climate-vulnerable like Vietnam and Indonesia, as well as not a big country contributor to 80 per cent of greenhouse gases (GHG) to limit global warming to 1.5 degrees Celsius.

“Such Trump-like reasoning is unacceptable and dishonest when Singapore is also invited, even though Singapore should not come under either of the categories of GHG production or being climate-vulnerable,” he said.

Mr Lim noted that all countries were climate-vulnerable. “Only the degree that they have contributed towards promoting climate change action in their region is the differentiating factor,” he said.

“Clearly Malaysia is not seen as a strategic environmental partner on climate change action by the US, inferior even to Vietnam, despite slowly becoming a favoured dumping ground for US’ co-called ‘clean’ plastic waste.”

Mr Lim also said that Mr Tuan Ibrahim should not be in a state of denial by the snub from the US and urged for the latter to react responsibly and positively.

“Tuan Ibrahim should convene a National Climate Change Conference to flesh out fresh ideas on how to move forward to restore Malaysia’s activism and leadership,” he added.

Last month, the White House said that 40 world leaders, including those from China, Japan, India, Singapore, Indonesia, Vietnam and New Zealand, have been invited to attend a virtual leaders summit on climate change. The summit will be held on Apr 22 and 23.

On Tuesday, Mr Tuan Ibrahim said in a statement that Malaysia will not be involved in the event as it is for big economies that collectively contribute to 80 per cent of global GHG emissions.

“(The summit) is also related to countries that are most vulnerable to the effects of climate change such as Vietnam and Indonesia. Malaysia is not included in either category,” he added.

The minister also pointed out that other countries that stand out in the global climate change agenda such as Sweden, Switzerland and Thailand were also not invited.

“The summit is a one-off event which does not affect negotiations and decisions under the United Nations Framework Convention on Climate Change,” he added.

The Tuesday statement by Mr Tuan Ibrahim came after Mr Lim said the Perikatan Nasional government has failed to push “green policies” when compared to the Pakatan Harapan administration.