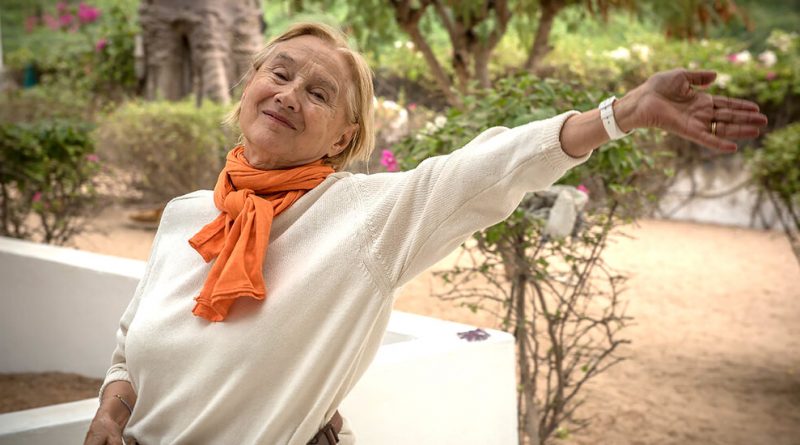 She hobnobbed in Paris with cultural luminaries like Mikhail Baryshnikov and Isaiah Berlin and organized exhibitions for her husband, as well as for Henri Cartier-Bresson, Ercole Monti, Niki de Saint Phalle, and Alberto and Diego Giacometti. She had four children, all of whom became artists.

She and Mr. Cárdenas divorced after 15 years. She married Giovanni Malagodi, who had been president of the Italian Senate, in 1988, after his wife died. Mr. Malagodi died three years later.

Among her survivors are Luigi Di Giamberardino, her longtime companion, a neurobiologist, with whom she ran her organizations in Senegal (he also had Covid-19, but recovered); her sons from her first marriage, André Bouba, Timor and Solano Cárdenas; and a number of grandchildren. Another son, Arlen Cárdenas, died last year.

Ms. Malagodi said that she began visiting Africa regularly after Mr. Malagodi died as a way to help overcome his loss, but that “my grief was nothing compared to what I saw” — poverty, illness, illiteracy, and religious and ethnic conflict. She was particularly distressed by the sight of a legless boy on horseback on the beach. And that, she said, was why she kept coming back to help.

On her trips, she said, she would always seek out an old marabout, a Muslim holy teacher, who would give her a ritual bath, into which he spat.

She would feel reborn, she said in the La Repubblica interview: “It’s as though Marabout can read my thoughts. He says, ‘You are the only white woman who always returns.’ It’s true. If Africa needs us, I also need this land.”