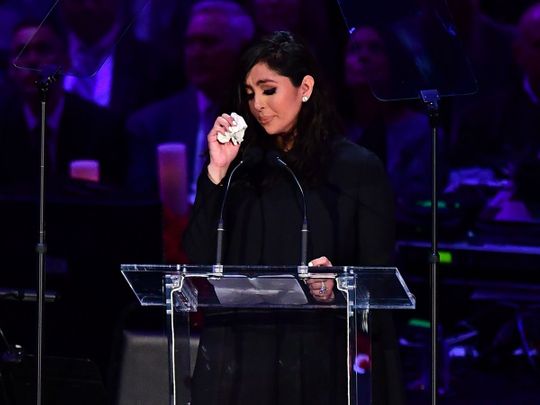 In January 2020, Bryant and eight others, including his 13-year-old daughter Gianna, tragically died in a helicopter crash in Calabasas, California.

On a new unreleased track titled ‘Don’t Worry (RIP Kobe), Mill raps: “This [expletive] I’m [expletive] always tell me that she love but she ain’t ever showed me. Yeah, and if I ever lack, I’m goin’ out with my chopper, it be another Kobe.”

“Dear @meekmill, I find this line to be extremely insensitive and disrespectful. Period. I am not familiar with any of your music, but I believe you can do better than this. If you are a fan, fine, there’s a better way to show your admiration for my husband,” wrote Bryant, in an Instagram story, tagging the rapper in her response.

“This lacks respect and tact,” she added.

Mill has now responded to the backlash on Twitter, doubling down on his offense.

“I don’t think we on the same signal y’all .. I don’t see what y’all see… I be looking at the net laughing like I did whet,” wrote Mill.

“I say random [expletive] all day on social … it becomes a trend to hate on me every once in a while but I feed off that [expletive] ima beast literally.”

The track also features rapper Lil Baby, who raps: “Have a son, so I can name him Kobe, daughter Gigi.”