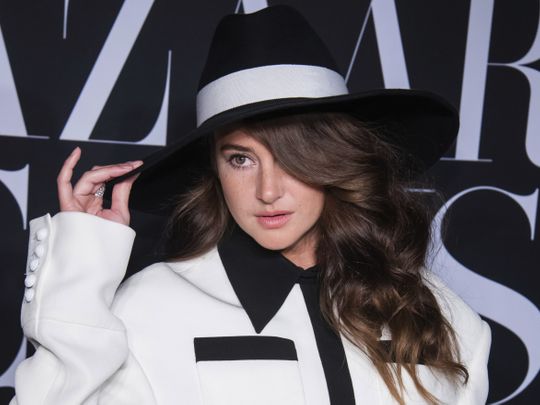 Shailene Woodley is officially engaged and she’s done hiding it.

The ‘Big Little Lies’ star confirmed that she is spoken for and has been engaged to Green Bay Packers quarterback Aaron Rodgers for a while now. The 29-year-old actress appeared on ‘The Tonight Show Starring Jimmy Fallon’ where she made the surprise announcement.

“Yes, we are engaged. But for us, it’s not new news, you know, so it’s kind of funny. Everyone right now is freaking out over it and we’re like, ‘Yeah, we’ve been engaged for a while’,” Woodley told Fallon.

“He’s first off just a wonderful, incredible human being, but I never thought I’d be engaged to somebody who threw balls for a living,” Woodley added.

The actress admitted she didn’t know much about Rodgers when she first met him and her friends tried to get her to watch highlights of his game on YouTube.

“I don’t know him as a football guy. I know him as like the nerd who wants to host ‘Jeopardy!’. That’s the dude I know. He just happens to also be very good at sports,” she said.

Rodgers was announced as a celebrity guest host on the game show. Its host Alex Trebek died of cancer on November 8.

Woodley is currently busy promoting her movie ‘The Mauritanian’, the Amazon Prime Video legal drama where she plays an associate to Jodie Foster who is investigating the case of a suspected 9/11 terrorist imprisoned at Guantanamo Bay, Cuba, for six years.