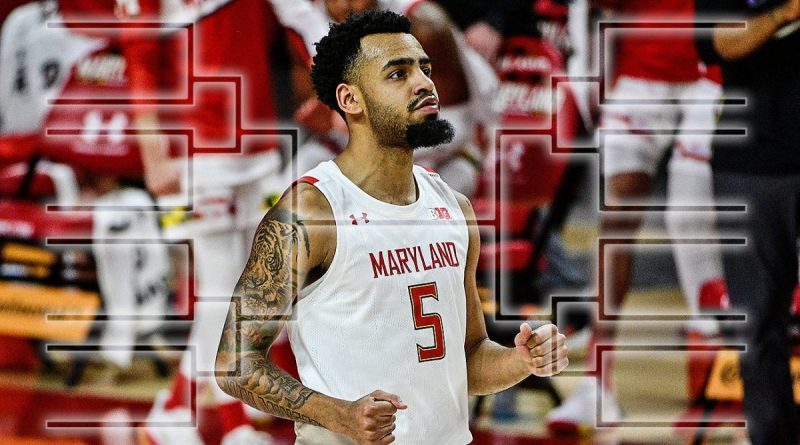 This time of year, it feels like the projected field of 68 for the men’s NCAA tournament could change every hour. In some ways, this constant movement is a reminder to slow down and not overreact to single results—especially with sample sizes having grown to 20-plus games. However, the NET in particular has been more volatile than usual this season, making it harder not to make significant changes to the bracket based on individual outcomes. The hope is that eventually, the vast majority of teams will either play their way in or play their way out of the field, making my job a lot easier on Selection Sunday. But for now, I’m left to make a lot of tough decisions on the fringes of the field.

The bubble did itself no favors over the weekend. While Maryland jumped off of it and into lock status after a convincing road win at Rutgers, the majority of bubble teams did damage to their résumés by losing—and in some cases to bad teams. Indiana’s home loss to Michigan State brings its NCAA tournament candidacy back into question, while Louisville and Minnesota were bludgeoned by a combined 76 points by North Carolina and Illinois, respectively, to bring themselves closer to the cut line. But other teams failed to take advantage of the chaos. Saint Louis was blown out by Dayton Friday, Ole Miss took an ugly home loss to Mississippi State and St. John’s lost at home to a bad DePaul team.

A key bubble storyline that emerged over the weekend is Stanford’s newfound Quadrant 1 wins. The Cardinal spent several weeks playing “home” games in Santa Cruz due to restrictions in Santa Clara County, and the NCAA has decided to classify those Santa Cruz games as having been played on a neutral site. That moves two additional wins into Quadrant 1 for Stanford. It doesn’t change my outlook on them significantly, but these types of relatively arbitrary decisions could help the committee make decisions.

If Iowa wants to make a late charge for a No. 1 seed, it will certainly have chances to impress the committee this week. Road trips to Michigan (Thursday) and Ohio State (Sunday) give the Hawkeyes a pair of chances for elite wins to pair with their strong NET and KenPom rankings. Thanks to a rejuvenated defense, Fran McCaffery’s team has won four straight since a losing skid knocked it down in early February. The Hawkeyes have been the nation’s No. 25 defense since Feb. 8, per T-Rank, a significant improvement from what was the 156th-ranked defense in those same metrics up to that point.

In a sign of the times, No. 3 seed Houston added a late nonconference game for Thursday against Western Kentucky. A win probably wouldn’t significantly move the needle from a seeding perspective, but the Hilltoppers are a solid opponent who rank higher in KenPom than all but three AAC foes for Houston.

As mentioned in the “bubble” section, Maryland was the big winner of the weekend. The sweep of Nebraska last week gave the Terps some breathing room from a record standpoint, and winning at Rutgers gives them a fifth Quad 1 win. Combine that with a résumé that features no bad losses and solid metrics, and Maryland fans can feel relatively safe that they’ll hear their team’s name call come Selection Sunday.

A pair of teams still sweating in this region are Indiana and Seton Hall after each lost over the weekend to teams that won’t dance in Michigan State and Georgetown. The Pirates’ road test at Butler Wednesday is close to a must-win, while Indiana likely has to steal at least one of its three road games to close the year if it wants to dance.

Michigan is officially a lock for a No. 1 seed … or at least as much a lock as it can be. The road win the Wolverines secured Sunday at Ohio State was as impressive a win as any team has reeled in all year and comes close to securing Michigan the Big Ten’s regular-season title. It would be stunning at this point if it didn’t land on the No. 1 line.

Closer to the bubble, a team that continues to confound me is Louisville. The Cardinals came off pause Saturday to play North Carolina and looked, frankly, awful. Losing by 45 points to the Tar Heels tanked Chris Mack’s team’s NET into the 50s, and the Cards also don’t have a Quad 1 win on the books this season. A 6–0 mark against Quad 2 is a nice look, but it’s only enough to keep their heads barely above water as we get closer to Selection Sunday.

Florida State moves up to the No. 3 line after a road win at Pittsburgh that helped move the Seminoles into first place in the ACC. FSU has a huge week ahead with road trips to Miami and North Carolina. Sweeping those games would position the ‘Noles to win the ACC title and snag a No. 3 seed, with a No. 2 not out of the question either.

On the autobid front, many have wondered if a team like Belmont, with a gaudy 24–1 record, could earn an at-large bid should it falter come conference tournament time. Unfortunately, I don’t see it. Belmont and Winthrop (the other one-loss team) each have less-than-stellar metrics, which feel like a prerequisite for consideration if you’re going to lack quality wins.