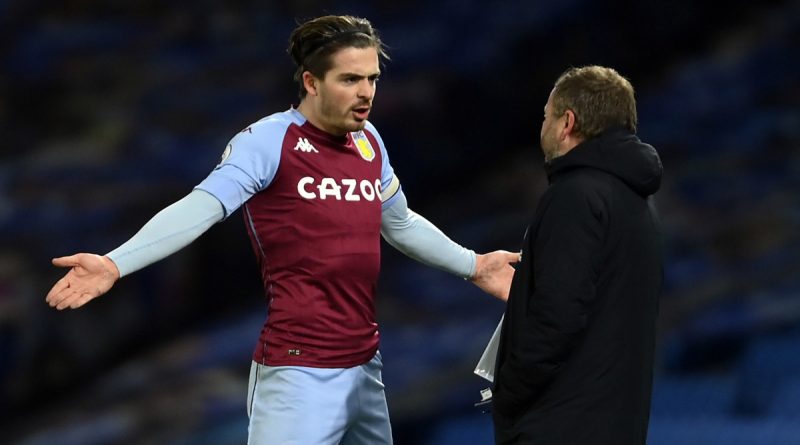 Fantasy soccer got too real for Aston Villa

Aston Villa has been one of the more pleasant surprises of this Premier League season. After narrowly avoiding relegation last season, Villa is now in the eighth spot in the table . On Sunday, the resurgent squad from Birmingham had a chance to make another statement against third-place Leicester, but Villa was without star midfielder Jack Grealish, who was dealing with shin splints. To make matters worse, Leicester was able to plan for Grealish’s absence. How could that happen in the secretive world of European soccer? Fantasy sports, of course.

Two days before the game, three Villa players (Matt Targett, Conor Hourihane and Neil Taylor) and two staffers dropped Grealish from their Fantasy Premier League lineups. (The team’s physiotherapist dropped Grealish a day earlier than everybody else.) The roster moves were made public by the Twitter account “FPL Insider,” which tracks the fantasy transactions of Premier League players and personnel.

Villa manager Dean Smith wasn’t too happy that his own players helped observers figure out what was up with Grealish.

“I was made aware that it came out on social media outlining he wasn’t going to play,” Smith told reporters, “and, if it’s coming out of our training ground, I will find out where that’s coming from and reprimand who it’s coming from.”

The solution, according to The Times, has been to ban Villa players from participating in Fantasy Premier League. That seems a little extreme. It’s clearly in the Premier League’s interest to have players participate in the league’s official fantasy game and talk about it enthusiastically. (Leeds striker Patrick Bamford admitted he was “fuming” after he downgraded himself in his lineup before a game last month and wound up having a goal and two assists.) So why not simply allow players to make their lineups private?

This is the kind of story that could never materialize in the United States. Plenty of NFL players are in fantasy football leagues, but their lineup information isn’t available to anyone outside their own league. And American sports are also much more transparent about injuries. If Grealish was a running back for the Colts, he would have been listed on a pregame injury report.

That said, it’s the kind of story I wish could happen in America. Could you imagine Bill Belichick’s reaction if Sony Michel dropped himself from his fantasy lineup because he knew Damien Harris was getting the bulk of the carries in the Patriots’ next game?

What’s it like being one of the few NBA players who can’t (or just doesn’t) dunk? … Mariners CEO Kevin Mather’s infuriating Zoom call showed everything wrong with how baseball teams are run. … Led by Ja Morant, the Grizzlies are recapturing their grit-and-grind spirit.

Aaron Rodgers’s stint guest hosting Jeopardy! will be 10 episodes beginning April 5. … Colts receiver Michael Pittman Jr. won’t give his new quarterback Carson Wentz his No. 11 jersey. … Rangers star Artemi Panarin is taking a leave of absence after a report alleging he beat a woman in 2011 that he says is retribution for his support of Russian opposition leader Alexei Navalny. … Raiders cornerback Kemah Siverand, the guy who got cut by the Seahawks for trying to sneak a woman into their quarantine hotel, was arrested for street racing in Houston. … After taking 2020, the National Spelling Bee is coming back this year in a mostly virtual format. … George Clooney will produce a docuseries about the decades-long abuse of wrestlers at Ohio State, based on Jon Wertheim’s SI article from October.

The Wizards are on a roll and Russell Westbrook wound up leading them to victory over the Lakers with 32 points, 14 rebounds and 9 assists

Tough question but it’s probably 2 or 6 (and 19, if not for Johnny Unitas)

An entire California school board has resigned after failing to realize that the meeting where they bashed parents was being streamed to the public. … Daft Punk has split up after 28 years. … New Jersey has officially legalized marijuana after a three-year process.

This is maybe the grossest tweet I’ve ever read