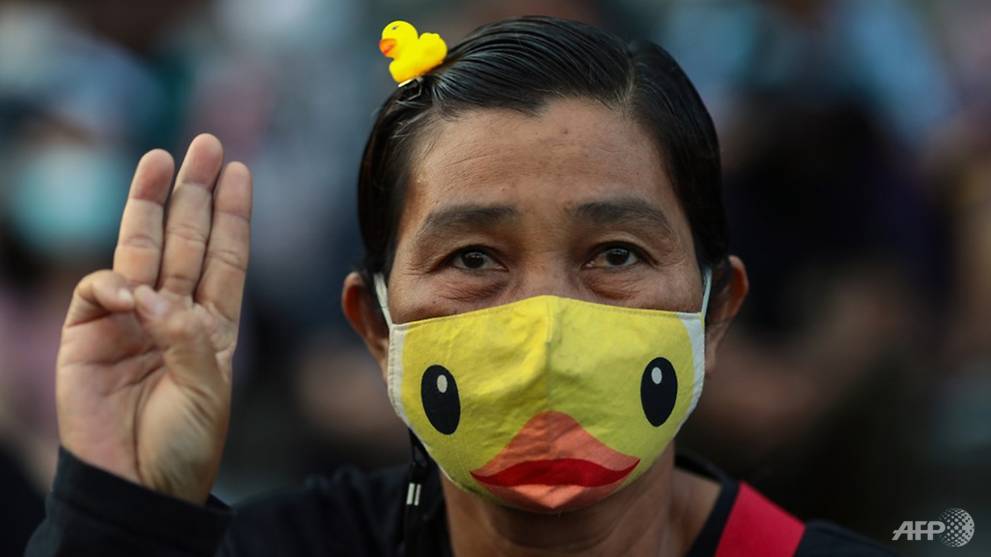 BANGKOK: Thai anti-government protesters demonstrated in Bangkok’s outskirts on Saturday (Nov 28) with a duck parade and speeches demanding the removal of Prime Minister Prayut Chan-o-cha, a new constitution and reforms to the monarchy.

Protests have been stepped up this week despite threats by Prayut, a former military government leader, to use all available laws against protesters who break them and charges of insulting the monarchy against several protest leaders.

READ: Thai protesters call on king to give up royal fortune

Hundreds of people gathered in both Nonthaburi and Bang Na, to the northwest and southeast of Bangkok respectively.

“We have had too many years of corrupt dictatorship. We want an election in which our voices are really heard,” said one 24-year-old recent graduate, who gave only her nickname “A”.

Protesters are seeking the removal of Prayut, accusing him of engineering an election last year to keep power. He has said the vote was fair and he will not resign.

COMMENTARY: The Milk Tea Alliance sweeping through Thailand is a force to be reckoned with

Protesters have also broken taboos by seeking reforms to curb the powers of the monarchy of King Maha Vajiralongkorn, saying the institution has enabled decades of military domination.

The palace has made no comment since protests began. The king has said that despite the demonstrations, the protesters are loved “all the same”.