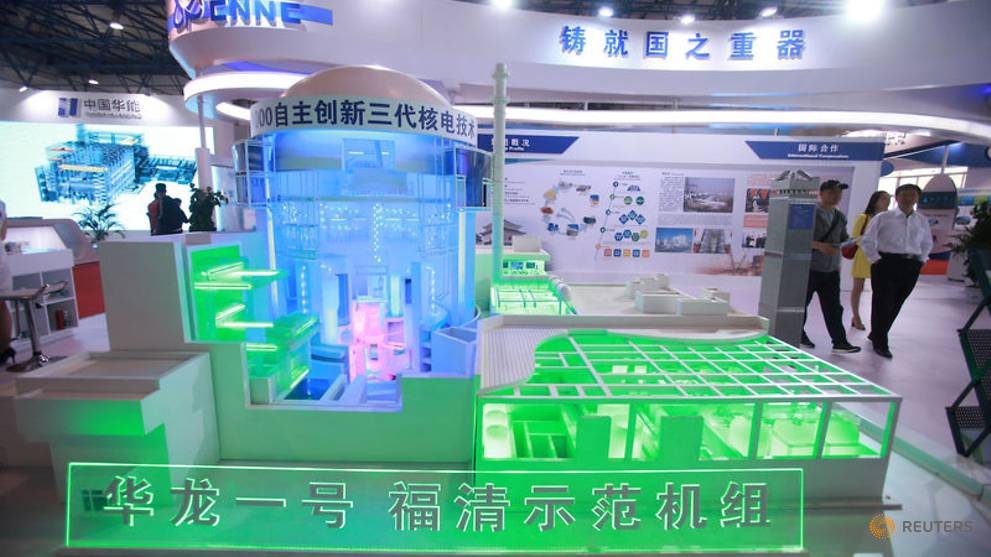 BEIJING: China has powered up its first domestically developed nuclear reactor – the Hualong One – a significant step in Beijing’s attempts to become less dependent on Western allies for energy security and critical technology.

The reactor, which was connected to the national grid on Friday (Nov 27), can generate 10 billion kilowatt-hours of electricity each year and cut carbon emissions by 8.16 million tons, according to China National Nuclear Corporation (CNNC).

“This marks China breaking the monopoly of foreign nuclear power technology and officially entering the technology’s first batch of advanced countries,” CNNC said in a statement.

Nuclear plants supplied less than 5 per cent of China’s annual electricity needs in 2019, according to the National Energy Administration, but this share is expected to grow as Beijing attempts to become carbon neutral by 2060.

Reducing its dependence on Western allies in critical high-tech sectors such as power generation is a key goal in Beijing’s “Made in China 2025” plan.

Billions of dollars in state subsidies have been given to Chinese companies to speed the process – a move that has angered China’s trade partners and sparked a protracted trade row with Washington.

Work on the Hualong One reactor started in 2015 and there are currently six other reactors under construction at home and abroad, state-owned plant operator CNNC said.

The Hualong One, deployed at a plant in east China’s Fujian province, will be put into commercial use by the end of the year after undergoing tests.

China has 47 nuclear plants with a total generation capacity of 48.75 million kilowatts – the world’s third-highest after the United States and France.

Beijing has invested billions of dollars to develop its nuclear energy sector in recent years as it struggles to wean its economy from coal.

Thirteen nuclear plants are under construction, more than in any other country, despite environmental and safety concerns.

In August 2016, officials were forced to shelve plans for a nuclear waste facility in Lianyungang, a city in eastern Jiangsu province, after a rare public protest by thousands of residents.